Singer/songwriter Benjamin Wagner has been churning up raucous, sing-along melodies for decades.

“Essential Benjamin Wagner (2001-2021)” remixes, remasters and reissues fourteen of his “greatest hits” in one milestone-marking album.

Amongst these songs are tales of catastrophe (“Crash Site”), fires (“California”), shattered lives (“Broken”) and stolen dreams (“Back From Waterloo”).

Still, embedded in nearly every song is the steady discipline of hope.

“I’m broken in a thousand pieces,” Wagner sings in “Broken.” “Mended where there once was weakness, and stronger every day.”

Embedded in nearly every song is the tension between being and becoming.

“Deliver me!” our narrator sings in the live set staple, “Dear Elizabeth.” “I still have something to say.”

Woven into the very DNA of the collection is the promise of redemption, and transformation. Bruises heal. The sun rises. We find our way through the sound. And we found a way to each other. 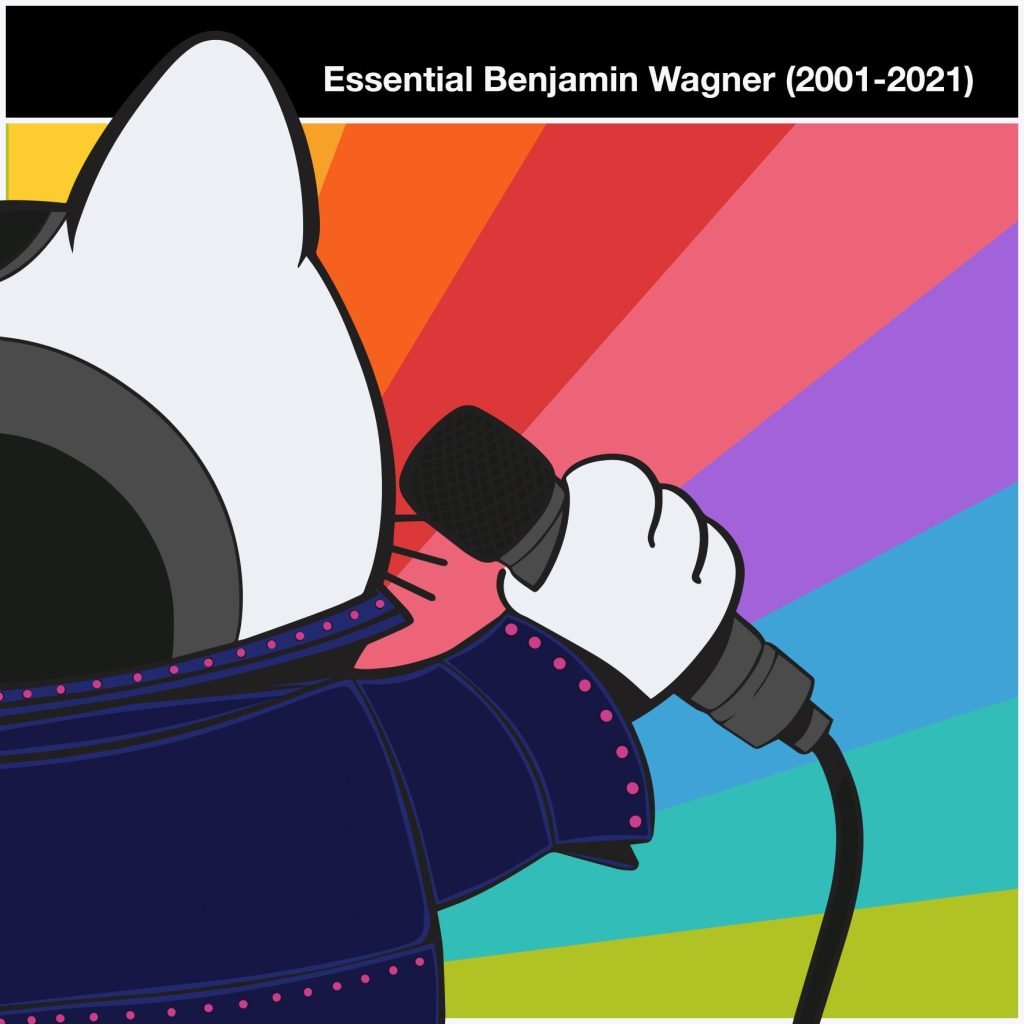 “Give away all your love for nothing,” Wagner sings in “Milk & Honey.”

There are inspirations, of course.

Wagner references everything from REM and Wilco to Oasis and Uncle Tupelo. It’s all there, “heart on its sleeve” – a brand of emotional authenticity long Wagner’s hallmark.

Described by Entertainment Weekly as a “fuzz-guitar blast,” by Michael Stipe as a “future superstar,” and by legendary WFUV-DJ Vin Scelsa as simply “extraordinary,” Wagner has been churning up raucous, sing-along melodies for more than twenty years. Like Jason Isbell, David Gray or Pete Yorn, he just as adeptly takes a more haunting, contemplative tact.

Born in Iowa City, Iowa, Wagner moved five times before his tenth birthday. When his parents divorced, Wagner moved to Philadelphia. Growing up there in the 80s, he recalls listening, transfixed, to top forty radio, loving everything from Hall & Oates to Phil Collins, to Tom Petty and Duran Duran.

“My brother brought R.E.M.’s ‘Reckoning’ home from college,” Wagner explains. “That changed everything. It opened the door to Velvet Underground, Big Star, and on and on and on.”

Reveling in rave-ups from The Replacements to The Pixies, Yaz to Wilco, Wagner strapped on a Martin acoustic and began playing in bands in high school and later, at Syracuse University. There, Wagner fronted the local alternative band Smoky Junglefrog, releasing three albums, touring, opening for majors like Mighty Mighty Bosstones and The Samples, and garnering a Syracuse Area Music Award nomination (all while sustaining solid grades and a dual major).

A life-long fan of rock ‘n roll holiday music, Wagner assembled 20+ local musicians in 2006 to contribute individual tracks and assemble “Do They Know Its Christmas?”-style for an all-star recording and performance benefiting youth literacy. In its eight-album lifespan, A Holiday Benefit has featured nearly 100 tracks from 60+ artists (including break-outs Platten, A Great Big World, Caleb Hawley and Amber Rubarth), and raised nearly $20,000 for local charities.