When the walls collapse, the storm passes, and the dream ends. When the bones are healed, and the song is over. What’s left behind?

New York City singer/songwriter Benjamin Wagner probes these depths with lyrical nuance and melodic faculty in his extraordinary new album, “What’s Left Behind.” The 11 songs reflect the zeitgeist: entropy, decadence and decay. Things fall apart. The center will not hold.

“Everything around you,” Wagner sings in the album-opening stomper, “Walls,” “is eventually bound to break.”

These are tales of flooded towns (“Storm King”), broken dreams (“Better Off”), collapsed cities (“Walls”), and shattered lives (“Broken”). This is real, dark stuff – love, loss, compromise, and concession – all renderer in a major key.

It’s a place where “it just rains and rains all year, “everything comes up zero,” and “luck alone never really lasts.”

Still, embedded in nearly every song is the steady discipline of hope.

“I’m broken in a thousand pieces,” Wagner sings in “Broken.” “Mended where there once was weakness, and stronger every day.”

Embedded in nearly every song is relentless resilience.

“Because you know there is a light,” Wagner reminds us in “Daylight Follows. “And the day always follows the night, follows the day.”

“And all that we can see,” Wagner whispers amidst the wreckage of the title track, “tomorrow.”

Bruises heal. The sun rises. And we find our way through the sound.

From tracking at Jeff Berner Studio G in Brooklyn, to mixing at Jon Locker’s Sonic Factory Studios in Des Moines, this was Wagner’s guiding principle: deep and simple decisions, tasty and timeless choices.

All that plus a single, unifying ethos: “What would Tom Petty do?”

There are other inspirations, of course. Wagner references everything from REM and Wilco to Oasis and Uncle Tupelo. It’s all there, “heart on its sleeve” – a brand of emotional authenticity long Wagner’s hallmark.

Described by Entertainment Weekly as a “fuzz-guitar blast,” by Michael Stipe as a “future superstar,” and by legendary WFUV-DJ Vin Scelsa as simply “extraordinary,” Wagner has been churning up raucous, sing-along melodies for more than twenty years. Like Jason Isbell, David Gray or Pete Yorn, he just as adeptly takes a more haunting, contemplative tact.

Born in Iowa City, Iowa, Wagner moved five times before his tenth birthday. When his parents divorced, Wagner moved to Philadelphia. Growing up there in the 80s, he recalls listening, transfixed, to top forty radio, loving everything from Hall & Oates to Phil Collins, to Tom Petty and Duran Duran.

“My brother brought R.E.M.’s ‘Reckoning’ home from college,” Wagner explains. “That changed everything. It opened the door to Velvet Underground, Big Star, and on and on and on.”

Reveling in rave-ups from The Replacements to The Pixies, Yaz to Wilco, Wagner strapped on a Martin acoustic and began playing in bands in high school and later, at Syracuse University. There, Wagner fronted the local alternative band Smoky Junglefrog, releasing three albums, touring, opening for majors like Mighty Mighty Bosstones and The Samples, and garnering a Syracuse Area Music Award nomination (all while sustaining solid grades and a dual major).

A life-long fan of rock ‘n roll holiday music, Wagner assembled 20+ local musicians in 2006 to contribute individual tracks and assemble “Do They Know Its Christmas?”-style for an all-star recording and performance benefiting youth literacy. In its eight-album lifespan, A Holiday Benefit has featured nearly 100 tracks from 60+ artists (including break-outs Platten, A Great Big World, Caleb Hawley and Amber Rubarth), and raised nearly $20,000 for local charities.
When his daughters were born, Wagner released two, covers-based albums (2010’s “Forever Young” and 2012’s “Good Day Sunshine”) to benefit The Fred Rogers Center. His songs are also featured the award-winning PBS documentary, “Mister Rogers & Me,” which Wagner wrote, produced and directed with his brother, Christofer.

Bruises heal. The sun rises. And we find our way through the sound. 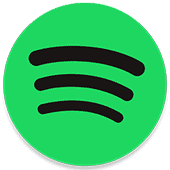 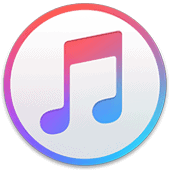 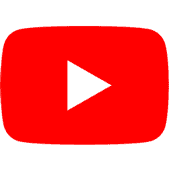 Sign up to get weekly updates right in your inbox!