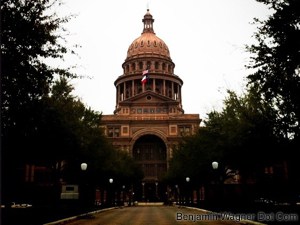 The best things that happened at SXSW were the least-expected.

Like bumping into then recruiting a former colleague to join me at a live taping Marc Maron’s hilarious “WTF” podcast (where he called the seminal music fest, “The Hipster Alamo”).

Or wandering into the premiere of “Outside Industry: The Story Of SXSW,” a fantastic documentary that ably and entertainingly tracked the festival from its ragtag origins to its super-sponsored present.

Or getting woefully lost running around Town Lake only to blunder onto I-35, then up and around the State Capital.

The best, though, was my random but validating conversation with Duff McKagan.

I tried to talk casually with Scott as McKagan meandered over to our table, asked if he could sit down, then introduced himself.

He was rail-thin, wearing skinny jeans, a white t-shirt, and silver chains alongside his SX badge. When he found out about our panel’s subject (“Music News: Fresh, All-You-Can-Eat, Or Re-Heated” or what I came to call jokingly “Corporate Music News Still Sucks”), he became visibly animated.

“I’ve been writing a column for The Seattle Weekly and, man, nobody responds to the print edition. But The Internet, wow!”

He then proceeded to tell us about how he stopped anonymous commenter bullying by wading into the conversation himself. Web 2.0! As we all walked off to our respective panels, he said, “Yunno, what you guys do is really work!”

Scott and I laughed all the way to our panel. Validation!

In the end, as I sat at the Austin airport next to Strokes front man Julian Casablancas (who described his previous night’s performance as “sensory overload”) waiting for my oft-delayed flight, I wasn’t sure what to make of any of it, quite.

Except that a whole lot of people really, really love music. Which is good enough for me.

My SXSW By The Numbers