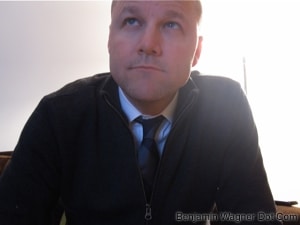 The year is 1996, and — while I’ve finally ditched my pleather pants, green lame shirt and blue fingernail polish — I most definitely am not.

Nightengale Bar is sparsely-populated. My band, Benjamin Wagner Deluxe, is set up in front of a mirrored wall and killing time before our enviable set time (Monday at midnight). We mill between the pool table and bar, swilling free Bud Light (our sole compensation) and joking awkwardly.

Jeffs Leadweight and Roberts (names changed to protect the innocent) and I are an odd bunch, more happenstance than happening. They’re neither art school recruits nor Village Voice hires, but instead the first two guys I could find. Leadweight is a sweet but aging punk drummer with imprecise time and a three chins. Roberts is a socially-phobic virtuoso who’s basically slumming it.

I ran by Nightengale Sunday morning, the first third of my now-weekly long run (Goal #7 of my “Eleven For 2011”). And as I did, I flashed backed to that winter’s night (Set List Sample: “Lottery,” “You Decide,” “Pretty Wasted,” “Jackie Chan”), and that question.

Abbi and I spent the bulk of our Saturday afternoon (the windows are narrow between Maggie’s naps) at a frame shop on the Upper East Side; our walls are still bare after three years together. We’d accrued four prints over the years: one, a modernist splash of color, another, an infographic; a photograph of a little boy reading a book and one that reads simply, “We Are Good Together.”

Deferring to my wife’s artistic vision for mats and frames and floating prints, I bobbed and weaved and danced and sang to keep Maggie entertained for nearly two hours. The store was crowded with shoppers, still I played peak-a-boo and hide-and-seek and generally did whatever it took to keep Maggie (and Abbi) smiling.

And when the value of that distraction waned, I walked her across the street to TK Church. As her wide, blue eyes scanned the domed ceiling and stained glass, I whispered into ear, “This is where people come to pray. You can talk with whoever you want to here.” We lit candles in memory of her grandmothers, then traipsed back through the light drizzle and resumed our bobbing, weaving, dancing and singing.

By the standards of almost any of my previous incarnations, our Saturday afternoon at the frame shop was utterly uncool.

By the standards of one new father, it was a silly, moving, delightful afternoon building a nest with my beautiful wife and precious daughter.

Which is a beautiful revelation fifteen years beyond.