What We Talk About 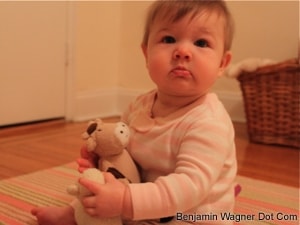 My buddy Rick recently hipped me to his blog, Past His Prime In NYC. Like me, Rick moved to Manhattan in his early twenties. And like me, Rick is married, and a dad. And like me, his blog often explores the discrepancy between what was and what is.

His most recent post, “You Won’t Believe This Story,” recalls his Barry Levinson-hued, “Diner”-like youth. “Those were great days,” he writes, “full of laughter and excitement. Each of us hoping to live out and then share a truly classic tale. Any yarn that began with “You won’t believe this story…” was sure to have everyone on the edge of their seat.”

Now, he laments, “Everyone has a wife. And kids. And a mortgage. And back pain. And we sound every bit of our age.” And then Rock proffers his thesis: “Young, unattached folks do incredibly interesting things that make for great stories. Those of us with responsibility and commitments do that which is sensible, oftentimes dull, and rarely worthy of a re-telling.”

I appreciate Rick’s point. And I agree — with one, crucial caveat.

Maggie’s first movements — reaching for toys, rubbing her eyes, rolling over — were terse and jerky, as if her neurons were firing at near-random. As she’s grown, though, her movements are increasingly fluid, concerted, deliberate. I’m sure there’s some science behind all of it, but I’m not interested in science; for me, it’s metaphor.

My twenties and early-thirties were full of twitchy, rogue movement. It took practice, patterns and discernment, mistakes, insults and injuries, to gain even an iota of insight as to my direction.

My stories, then, were equally florid. Sure, I was out carousing every night, filling rooms with melody and discord, kissing at random, and hailing cabs at dawn. It made for good “Diner” fare, compelling “You Won’t Believe This Story…” stories. But it was meaningless misdirection, all sound and fury signifying nothing.

I don’t own a home. I don’t have a mortgage. (Though my back definitely aches.) Still, it seems to me that the most compelling component of any narrative is stakes. What matters? What are you fighting for? What’s to lose?

There are no greater stakes than family. No late-night, strobe-lit, a-list party can compete. No beer-soaked, pot-fueled, laughter-filled Friday comes close. No rock show beats Maggie playing xylophone for a stuffed-animal audience.

I miss those stories too, but I don’t need them anymore; they’re fiction.