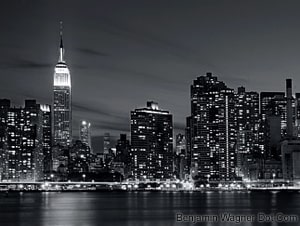 Growing up, “The Boxer” and “Bridge Over Troubled Water” were in far heavier rotation than “The Only Living Boy In New York.” Sadly (perhaps), it took 2004’s “Garden State” to re-introduce this Simon & Garfunkle classic, the b-side to “Cecilia.”

Apparently, Simon wrote the song as a thinly-veiled message to Art Garfunkel when he jetted off to Mexico to act in Catch-22″ leaving Simon alone in New York writing songs for what would become “Bridge Over Troubled Water.”

In the intervening years since re-discovering this gem, I’ve spend hours pacing New York City, Simon & Garfunkle wafting through my headphones a salve against the city’s callous, shallow, anonymity. It’s a beautiful, pensive, lonesome song, one I think we managed to capture pretty well.

When I first conceived of the record, Abbi was just a few months pregnant. We didn’t know our baby’s gender, and didn’t want to. It struck me to include “The Only Living Boy In New York” almost immediately, not just for its beautiful melancholy, but also for the opportunity it presented to perform it with my dear friend, Chris Abad for whom I had the honor of performing the song as he walked down the aisle to marry his awesome wife, Megan.

For months, every street corner prognosticator from Puerta Plata to Paoli, Pennsylvania, had diagnosed Abbi’s low-carry as an imminent sign that we were having a boy. Our beautiful daughter, Margaret Burton Wagner was born at 5:20pm on Monday, June 7. Still, I think the song fits.

I don’t wish the latter on my daughter (though what human’s life has lacked at least an iota of lonesomeness?), but I do wish for her a soundtrack to those moments. If she must feel this way (someday, far-off in the distance and even then only for an instant), may she be guided by a song such as this, one whose harmonies float like apparitions in the foggy distance, and whose harmony asserts, “Let you’re honesty shine, shine, shine, shine on!”