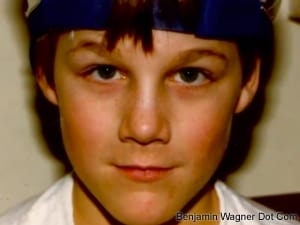 It’s arguable that I have no business covering Bob Dylan not once but twice on my new album (which borrows a title from Mr. Zimmerman as well), “Forever Young.”

As Abbi and I counted down to Maggie’s birth, though, all I could wish for her was, well, everything. And no song that I’m aware of better captures sentiment than “Forever Young.”

“May you have a strong foundation when the winds of changes shift,” Dylan sings to his brand-new son, Jakob, “May your heart always be joyful and may your song always be sung.”

My new album (due October 2) is a collection of ten cover songs connected to my childhood or childhood in general that — over the course of the album — sonically and lyrically map the arc of a child’s day (morning, evening, bedtime). Nine of the ten recordings features a guest vocalist like Amber Rubarth, Emily Easterly, and Mai Bloomfield (of Raining Jane), and all of them feature contributions from amazing instrumentalists like Chris LoPresto, Misty Boyce, and Patrick Riley (of the Des Moines Symphony).

And so it seemed only fitting that, when it came to liner notes and music videos, we all see ourselves through the lens of our respective childhoods. And so it is that everyone who donated their time and talents to the record — all eighteen of them — pitched in a photo from their childhood as well.

May we all be so lucky.

Proceeds will be donated to The Fred Rogers Center and The Campaign For A Commercial-Free Childhood. Though neither is affiliated with the project in any way, we believe strongly in supporting their efforts towards advancing early learning and children’s media.