Where Are You Calling From? (Or, Virtual Rock & Roll) 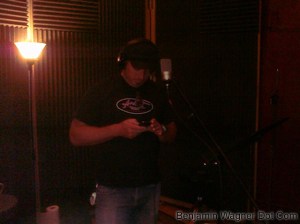 I probably should have known better than to be working on a new album during MTV Video Music Awards season, but here I am, knee deep in “Forever Young” with less than two weeks to go until the channel’s big night.

The timing was, of course, to be expected. As my colleague, Rachel, put it, “No one does fall like you.” I have a long history of Q3 releases (“Almost Home,” “Love & Other Indoor Games”) typically jammed-packed amidst marathons and tours. This year, though, the reasoning was simple: “Forever Young” is inspired by Maggie. By October 2d, she’ll be old enough to celebrate the album’s Rockwood Music Hall release (where Abbi and I first met in 2005).

Still, this fall is something special, something absurd. In addition to our brand-new, super-adorable daughter, and in addition to our respective day jobs, I’m scheduled to run the Chicago Marathon (10-10-10!!!) while “Mister Rogers & Me” is unspools at numerous film festivals.

Truth is, the bulk of my heavy lifting is done. I recorded basic tracks back in March, and have been slowly chipping away at overdubs and final vocals since. I shipped all of my master files to Sonic Factory producer (and The Nadas’ bassist) Jon Locker last week. A few collaborative elements (ex: Raining Jane Mai Bloomfield’s “You’ve Got A Friend” harmonies) are pending, but, for the most part, it’s up to Jon; he adds instruments and mixes, I send him notes, and he remixes. It’s a winning formula (the same one that brought you “The Invention Of Everything Else” amidst the 2008 MTV Movie Awards).

Periodically throughout the day, then, I am greeted by rough mixes (and the occasional photo, natch). This morning, I was greeted with Jon’s rough mix of the title track. Everything was in its right place: Emily Easterly’s voice floated in the ether, Chris LoPresto’s piano ebbed and flowed.

This afternoon’s intra-meeting email break was punctuated by a special surprise, an MP3 titled “Mike Cell Call.” In it, The Nadas’ Jason Walsmith’s “You Are My Sunshine” harmonies (soon-to-be partnered with the beautiful and talented Becca Smith’s) are interrupted by a call from his bandmate, Mike Butterworth.

“Are you in the bathtub?” Jason asks.

Hilarity — or joyful normalcy (which, I suppose, is hugely un-rock ‘n roll but precisely where my life resides these days) — ensues. 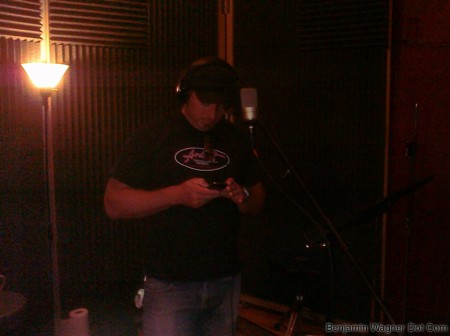 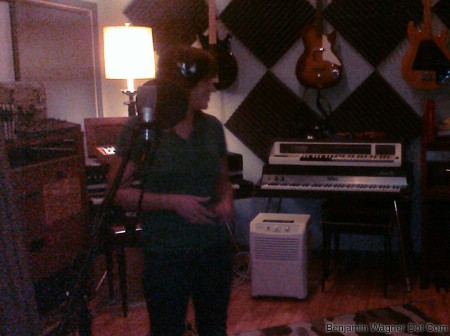