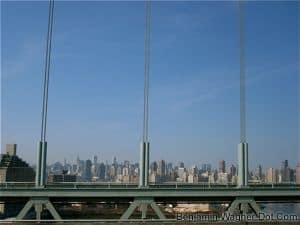 Abbi and I moved from West 56th Street and Tenth Avenue to East 71st and First this weekend. To most, this would seem a simple, two mile, two zip code, cross-town move. Which would be true. But man, what a difference two zip codes can make.

One huge upside, though, is our new apartment’s proximity to new running routes, many of which feature broad swaths of water and sweeping vistas. I’ve run nearly eighteen miles in the last seventy-two hours, many of those miles of fresh or only slightly-trodden routes. On Friday, I ran over the Queensborough Bridge through Long island City. This morning, I ran over the Triborough, through Queens and back over the Queensborough. Somewhere along the way, I considered the meaning of this latest move.

Years ago now, I spent a week vision questing in the desert outside Durango, CO. There we studied and constructed Lakotan medicine wheels, symbolic representations of the sacred circle of life, its basic four directions, and the elements. The Lakotan life cycle beings in the east in the spring, moves through the south and westward into fall and winter like, not surprisingly, the sun. Less surprising still, the Lakota were onto something.

The modern English term Easter is speculated to have developed from Old English word Ēastre or Ēostre or Eoaster, which itself developed prior to 899. The name refers to Eostur-monath, a month of the Germanic calendar attested by Bede as named after the goddess Ēostre of Anglo-Saxon paganism. Bede notes that Eostur-monath was the equivalent to the month of April, and that feasts held in her honor during Ēostur-monath had died out by the time of his writing, replaced with the Christian custom of Easter. Using comparative linguistic evidence from continental Germanic sources, the 19th century scholar Jacob Grimm proposed the existence of an equivalent form of Eostre among the pre-Christian beliefs of the continental Germanic peoples, whose name he reconstructed as Ostara.

The implications of the goddess have resulted in theories about whether or not Eostre is an invention of Bede, theories connecting Eostre with records of Germanic folk custom (including hares and eggs), and as cultural descendant of the Proto-Indo-European goddess of the dawn through the etymology of her name. Grimm’s reconstructed Ostara has had some influence in modern popular culture. Modern German has Ostern, but otherwise, Germanic languages have generally borrowed the form pascha.

It may be a terrific confluence of coincidences that Abbi and I moved to the Upper East Side on Easter as we expect our first child. Likewise from sunset to sunrise, tunnels to bridges. Or it could be that meaning is born in everything everyday, and it’s all unfolding as it should.