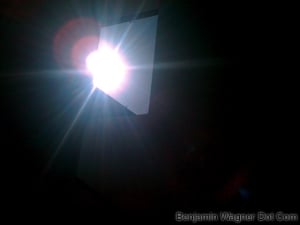 Abbi and I braved the elements nonetheless, striking out through the icey, soggy streets to yoga at Exhale on Central Park South.

Arriving waterlogged was rich irony, as our instructor, Kirtan, and I had conspired to base the class around the return of the sun.

I’ve only been going to yoga for a few months, but my connection to the practice was immediate. Not only have I discovered muscles I never knew existed, I’ve reconnected to a more deeply-spiritual part of myself long dormant (if not simply distracted). As solitary as practice can be, I’ve even managed to meet a few people. And as introverted as I can be (ha ha), it took me about thirty seconds to establish three basics: journalist, musician, marathoner.

Kirtan’s class is punctuated by music. Most of it is new-agey, chanty stuff, but once-a-class or so he slips in some Bob Marley or George Harrison. Which — when he asked me to play during one of his classes — gave me an idea.

Five years ago last month, I spent a long weekend at the end of an even longer winter in Naples, Florida. On the way to the airport, a local booker canceled my gig the following weekend, so I improvised: I changed the venue from that Lower East Side venue to my Upper West Side apartment.

This was during my “sabatical” period, a self-imposed, six-month dating hiatus. I was fairly unhappy that winter on account of some fifteen years of bungled relationships crashed down in a fiery, well-publicized conclusion. So I was alone, and wallowing in it, relished my long, cold, bleak winter alone.

The morning of my living room show, I woke before at dawn to a fresh blanket of snow. Sitting there waiting for the sun to rise, I pecked my way through, “Here Comes The Sun” as tears streamed down my cheeks. Some fifty or so friends packed my apartment that night. I played the song on just a few hours practice. The recording memorialized forever on “February 25, 2005” (still available on iTunes!).

It wasn’t until midway through Saturday morning’s performance that all of these dots connected, and then some.

A few weeks prior, when Kirtan asked me to play during the meditative end of class, I said, “I think I have just the song.” True to form, I was nervously re-learning it just moments before streaking out the door to class. As I picked my way through the song (and let’s be clear: it my version of the song; I’m not even 10% the guitarist George Harrison was), though, something was off. Which is when I discovered (or re-discovered) another layer of genius to the song (in addition to its brilliant, universal simplicity): the song switches makes an unusual (and editorially salient) switch between Em and E (typically, a songwriter sticks with one of the other). Perfect, right? To switch from minor to major as winter ends and spring begins?

Kirtan and I briefly discussed our plan before class. He asked me to play at the beginning as he set up the day’s premise, then I returned to my mat to practice with everyone else. Our moves were rife with sun salutations and warrior poses. Soon enough, my nerves abated as I forgot that I had to play at the end of class. Shortly after pigeon pose, though, gave me the sign. I picked up my guitar as he dimmed the lights. Forty bodies reclined in unison. There in the hush, I began arpeggiating in D.

Before hand, I’d been nervous in a thousand ways. It would be the quietest room I’d ever play. I barely remembered the words. What if my voice cracked? Or I was too loud? Or too soft? Or if my guitar was out of tune? What if I dropped it and shattered the silence?

And then I began singing in the most-hushed, most-relaxed voice ever. I closed my eyes and forgot about all of it, except the song. My body was warm and glowing from head to toe. I felt so complete, so connected, that I hated to end the song.

Back outside, the gale surged on. Still, I was warm straight through all the way home.