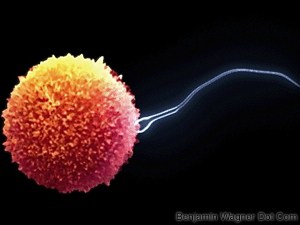 Abbi and I went to our first birthing class the other night, a three-trimesters in three-hours mini-marathon spanning everything from reflexology to relaxin.

The class was held at Real Birth, a pregnancy, childbirth, breastfeeding and new parent community center born of the Elizabeth Seton Childbearing Center (where Ethan was born). It’s a brick-walled, hard wood-floored storefront on Eighth Avenue bookended by a laundromat one one side and sushi joint (West Side Sushi, which I’ve been patronizing for years) on the other. I paid special attention to its opening last year, cognizant of it employees and patrons alike: liberal-looking folks, free-thinkers, I imagined, some combination of hippies and yuppies (huppies?), if looks are any indication (which they’re not). I gave Abbi a hand-made Real Birth gift certificate for Christmas (they were closed when I went by for an actual one). I had a hidden agenda, I’ll admit.

I look like a capitalist on the outside, I know. But don’t let the sport coat fool you; I’m dubious of most anything society considers status quo: industrialized agriculture, big banking, media and pharma. Best as I can tell, the free market has messed up everything from energy to education to health care and Happy Meals in the last thirty years. I’m not sure I completely understand why (I guess I can thank my parents who had the temerity to follow their curiosity well beyond the Iowa state line), but — while I may occasionally eat a Big Mac or direct deposit at CitiBank or take an Excedrin — I’ll rarely do so unwittingly. See also: child birth.

I don’t know what my sources were prior to Ethan’s birth, or Rickie Lake’s documentary, “The Business of Being Born,” (I suppose much credit should be given to my mother who spent a number of years working at ACOG, The American Congress of Obstetricians and Gynecologists, whose best=practices, perhaps, I absorbed by osmosis), it just never made sense to me that a baby be born into bright fluorescent lights, yellowed linoleum and cold stainless steel. Still, I’ve been married long enough to know better than to opine on a bunch of half-baked opinions outright.

So there we were, Abs and me, in the basement of this Hell’s Kitchen “community center” a few minutes after six o’clock on a weeknight. Yoga mats, blocks and blankets were stacked against the wall. A bright-blue exercise ball sat in the corner. Real Birth founder and “The Big Book of Birth” author Erica Lyon sat alongside a white board and some diagrams on a folding chair. She wore comfy-looking shoes, chunky glasses and whispy hair. Seven of us (five mother and two dads) faced her nervously.

She gave us her email and phone number right away, then began speaking authoritatively (like a mother and a teacher) with a hint of exhausted (like a mother and an entrepreneur). She walked us through the trimesters, and considerations around providers and locations. I took notes (“later-term development: kidneys and brain”), beginning to wrap language (episiotomy rate, continuous vs. intermittent monitoring) around my intuitions while Abbi nodded knowingly. When Erica mentioned the value of hydration, I handed Abbi my water bottle. When she explained Lamaze, Braxton Hicks, and Birth From Within, I reached out to rub her shoulders. When she walked us through the labor process, I began to really see Abbi and I delivering our child together for the first time, and found myself flush with tears.

Timeless as it is, commonplace as it may be, and trite as it may sound, the concept of creating life, giving birth and becoming a parent is enormous for me. Were it not for Abbi’s increasingly-significant bump, or last month’s ultrasound, I might not even believe it was happening to us. For a sensitive guy like myself (to say nothing of someone who is so old and lived alone for so long), it’s a lot of change. I keep reminding myself to focus on Abbi’s needs, afford her latitude on account of hormones, and brace myself to become secondary. I keep trying to squelch my anxiety about a sterile birth presided over by some Nazi automaton, about being boxed out of the process, becoming irrelevant. I keep trying to let go of my expectations, my fantasies, my thin skin. I keep telling myself, “It’s not about you.”

Afterwards, it took me approximately six minutes to say the wrong thing (or, the right-intentioned thing the wrong way). I bit my tongue, affording us both time to settle into what we’d learned about the rapidly-approaching gaping yawn. Sliding home through the blizzard-strewn streets, I held Abbi close against the wind, and remembered something Erica said.

“Right now, you’re worrying about your baby’s health, and your baby’s birth,” she said. “And you think, ‘If I can just get the kid out here and count all the fingers and toes then we’ll all be ok!’ But I think you’re going to find that you don’t stop worrying when your baby’s born, you just start worrying about other things.”

Evolutionary biology is an amazing process. It makes something news from a pair of something elses. It divides cell after cell, each one knowing what it is, where it goes, and what it does. It gives a new mother nausea to inform her something major is happening. It protects the fetus from a new mother not yet heeding these new signs by not implanting, then ramps up relaxing production, loosening joints to increase flexibility. It creates vernix to protect a baby’s skin, and create an environment for bacteria to culture and build an immune system. It truly is one miracle after another.

And once we’re here, blinking into the bright light of our new lives? All we can do is keep breathing.