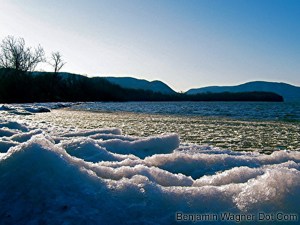 “It’s not about us anymore.”

Tarrytown, New York, is a quaint little village tucked into the eastern bank of the ice-choked Hudson River, some 25 miles north of midtown Manhattan. One of my earliest NYC-pals, John Rosenblatt (he of SNL Shorts fame) his wife, Marnie, and son, Wylie, hosted Abbi and me for brunch.

There, forty minutes of breathtaking Washington Irving-style, Metro North-delivered beauty later, we witnessed an alternative universe: three bedrooms, river views, an silence as far as the eye could see. Wylie’s perfectly reasonable teething-cries notwithstanding, it was twenty-five miles from Midtown, and half a world away.

Back home in Hell’s Kitchen, Abbi and I surveyed a few junior fours (aka on bedrooms with semi-enclosed second bedrooms suitable for babies) here at The Westport. Twenty-one floors above ours, our real estate agent (“I’m just an old queen from Chelsea!”) introduced us to a couple just one two-year-old ahead of us. Their living room was wrapped in protective tape, and swaddled in blankets. It was a mess.

Downstairs again, we looked around the apartment and assessed what would have to give: the dining room table, the chairs, the shelves. Sitting there in half-light of disk considering our domain, the lease we were about to sign, and the inevitable future just moments away, I frowned.

In the final minutes of the day, I struck out for a run along the river. The sun was a fierce-orange fireball over the icy Hudson. My iPod was crowded with inspiration. My chest was wracked with frozen air. My head was loaded with a confounding, thrilling future. I ran home into Abbi’s arms.

Hours later, we sat amongst friends in front of the television. Superbowl play (frittered away as mine was with preparing homemade guacamole, chile and pizza) paused for halftime. The Who mounted the laser-strewn stage, and launched into their set. Abbi stirred.

I raced to her side, and placed my palm on her belly.

“Let’s get together before we get much older.”