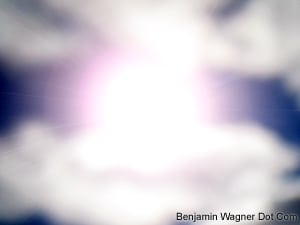 These days, it doesn’t take much to make me cry.

I’m not talking full-bore, crocodile tears, or the hyperventilated, cheek-puffing sobs of childhood. I’m talking about those moments when the beauty of life becomes so temporarily overwhelming, so impossibly moving, that you have to pause, recognize, and absorb. It’s a good thing, a warm feeling, a sense of connectedness, gratitude and wonder.

The latest and most-profound of these moments began (as is increasingly the case) Saturday morning during yoga. The class was packed with first-timer and the newly-resolved. Abbi and I tucked ourselves in the corner. We began, as always, with a series of Oms. The vibrations cleared my cluttered mind like freshly-shaken Etcha-a-Sketch.

Our instructor, Kirtan, cognizant of new students, took special pains with the language around and philosophies behind each pose. I focused on my breathing, struggled through my clumsy, and occasionally found myself untethered from my life and all its anxieties.

Toward the end of class, somewhere between Warrior I and II, Kirtan encouraged us to set our shoulders back and chests forward. “Heart shining forward,” he said. Even as I wobbled there in the half-lit studio, the phrase struck me immediately. Sure, the pose itself made sense. But the phrase. The Phrase! If there is a clearer, simpler set of words to live by, I don’t know them.

Yoga has reconnected me with someone I lost long ago, The Alter Boy, The Vision Quester, The College Student who took classes like Reading Dreams, and spent summers roaming America’s back roads with nothing but a beat up Nissan, cheap acoustic guitar, and a string of Native American beads around his neck.

Afterwards, as Abbi babysat our niece, Ella, I walked way some forty blocks in the dazzling winter sunlight. At home, I immediately picked up my guitar. Hours later, when the sun had finally slipped beneath the frozen hills of New Jersey, she found me in my makeshift recording studio. I told her everything, then began to sing.

There, on the third line, I felt it rising up in me like a warm tide. Abbi smiled, then reached out to touch my cheek.

“Oh honey, are you getting choked up again!?!”

Even there in the chilly, cluttered, windowless closet, my heart was shining forward.