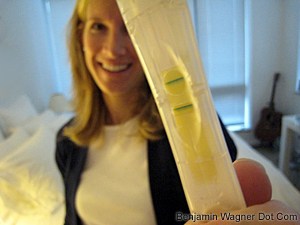 I woke early — too early — on account of a message from my younger self.

It was 29-year-old singer/songwriter Casey Shea (nearly ten years my junior) texting me in the small hours of the morning as he sauntered home from a rock show on the Lower East Side (as I have so many times before). The sound of his text shot through Abbi and my bedroom like a sonic boom. She stirred. I woke.

He suggested that we could hook up in Brooklyn to hand off a flash drive full songs for my long-gestating documentary, “Mister Rogers & Me.” I knew better, though; there was no way the President of The Pianos Margarita Club was going to be moving when my twenty-mile, NYC Marathon training run passed his Park Slope apartment.

I turned to a different page in my Choose Your Own Adventure years ago, beginning a long, slow, gradual acknowledgement that I would not become Michael Stipe or Bono, just me. Still, I lay there that humid, October morning, half-wishing I was in Casey’s high-tops: four a.m., pickled to the gills, ears ringing, no day job come Monday. There I was, though: stone sober, wide awake, with nearly three hours to burn until sunrise. I tossed and turned, then moved to the couch.

I woke from a shallow slumber there with a shudder, afraid I’d missed my window (too early and I get shot; too late and I get cooked by the Indian Summer sun). The sky was still deep blue. The cable box read 6:01. I pulled on my running shorts and shoes, kissed Abbi, and stepped outside.

I started south along a dark, nearly-deserted Broadway. Only the cabbies, club kids and assorted European tourists stirred among the shadows. The neon and streetlights yielded slowly to sunshine. I crossed the Manhattan Bridge, the sun blinking through the cables. The Statue Of Liberty glistened in the morning glow past The Battery. With Jay-Z’s “Empire State Of Mind” blaring in my ears, it was difficult to resist spinning in place, arms astride, like Holly Golitely in DryFit.

On Flatbush Avenue, I spotted the coffee shop where just three years ago, I stood looking back at Manhattan like a glistening Oz and told my then-fiance, “I can’t move to Brooklyn; it’s just too far away.” I ran past it, remembering that crossroads where, as Abbi and I searched for our first apartment together, I worried that I was slipping away: the late nights, the recording sessions, the rock shows. What I didn’t know then is that, while the frequency would diminish, it would do so comfortably, naturally. The surprise of married life, I think, is not losing the old you, but finding a new one.

In Prospect Park, a blanket of fog covered the low spots. The sun shone through the branches in distinct, almost palpable rays. I struggled around the seemingly all-uphill loop, then exited 3.3 miles later for a glorious stretch of downhill back to The City. By Tribeca, I was fading. The sun was full for the sky now. Beads of sweat cascaded off my forehead and splattered on my sunglasses. Eighteen miles in, I found it difficult to imagine running a full marathon in just twenty-eight days. I persisted, though, running loops around the deli across from my apartment until my watch read 3:00:00.

I grabbed an egg sandwich, 32 ounce Gatorade (Blue Raspberry) and a bag of Baked Lays, then strode slowly across the street, through the lobby, up the elevator, and to my doorway. My hips ached. My chest throbbed. Still, I felt strong, alive, confident.

I rang the doorbell, and waited for a stirring on the other side. First I heard her feet, then the latch, and then I see her there smiling back at me.

“I thought you’d be home about now. How far’d you go?”

“Twenty miles in three hours,” I said expressionless but beaming inside.

“Wow! You must be exhausted.”

My wife is unusually engaged versus previous long runs, but — as always — I’m happy to be home with her; in my mind, Abbi has been the true finish line for every long run since we met. I drag myself to the closet, grab a yoga mat and a towel, and repair to the living room. As I unroll the mat and reach for the TV, she steps from the bathroom with a white stick in her hand.

“I couldn’t wait to show you!”

It takes a second to register. The stick is a pregnancy test. It’s white strip shows two blue lines. I’m not sure what this means, but her expression makes it clear. That she full-on hugs me despite three hours of sweat and grime makes it clearer.

We collapse into one another. I kiss her full-on the lips, pausing to remember the moment. I whisper, “I love you,” into her ear, and pepper her cheeks with soft, sweaty pecks. I am smiling ear-to-ear, my brain surging with huge, warm, inconceivable joy punctuated by brief, searing anxiety. I am bone tired, shot straight through, and thrilled beyond comprehension. We stand there in the living room holding each other, relishing the moment when our confidence in one another, our hope for the future, our excitement and fear became one with the completely inconceivable notion that everything was forever changed.