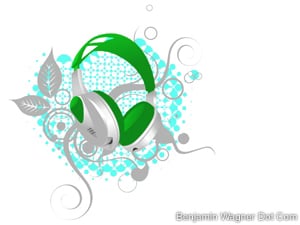 These days, I mostly listen to music while walking to work, or running around the city.

Not surprisingly, then, I tend towards songs that psyche me up to deal with the chaos of things: stress, noise, pain. Heck, maybe we all do.

Much as I try to keep up with Pitchfork, the flavor of the moment rarely sticks. Luckily, my old standbys continue to deliver, and my friends are really talented.

Here, then, are the ten songs (plus five Honorable Mentions) that carried me across the pavement and through the year.

1) “Love Is Here To Stay” (Casey Shea, In Search Of Seas): Frankly, Casey’s entire record is outstanding. “Love” — with it’s whispered verses, angelic chorus, slow crescendo and anthemic refrain — is its standout, though. Sure, it borrows heavily from his beloved Beatles, but it delivers in spades the elusive combination of depth and simplicity, while absolutely demanding a sing-a-long. Also? Casey remixed a version for the end sequence of “Mister Rogers & Me.” Awesome.

2) “So Long” (Andy Wagner, Those Who Forgive): With just a tack piano and a lone vocal, Andy manages to communicate a symphony of heartbreaking emotions. “It’s a sad thing when you can’t sing, and you lose yourself along the way.” Wish I’d written it. So jealous.

3) “Breathe” (U2, No Line On The Horizon): I’m not nuts about Bono’s almost-spoken word verses, and have no idea what he’s talking about there. But the choruses move me. They make me stand taller, move faster. “Every day I have to find the courage to walk out into the street, with arms out to the people we meet.”

4) “Fugitive” (David Gray, Draw The Line): The big beat, acoustic guitar and piano together sound like sunshine breaking through clouds.

5) “55 Pictures” (The Damnwells, One Last Century): Any of the twelve songs on this Iowa City via Brooklyn band could have made the list. Which one just depends on my mood at any given moment. Front man Alex Dezen’s vocals are weary and wise, his melodies simple and sweet. Instant classic every time.

6) “Know Your Enemy” (Green Day, 21st Century Breakdown): The thunderous, synchronous, staccato guitars are good for shaving a minute off a few miles every time. Who’s my enemy? Me.

7) “The Fixer” (Pearl Jam, Backspacer): Also good with the guitars, the BPMs, and the levity. If Rocky Balboa were running up the Art Museum steps today, he’d be cranking PJ on his iPod. It’s the sound of fighting back.

8) “Meet Me On The Equinox” (Death Cab For Cutie, New Moon Soundtrack): Count on Death Cab to deliver in spades on the unenviable (but impossible to resist) task of crafting the lead single for the teen drama juggernaut. Catchy, compelling, and meaningful. And you can dance to it.

9) “Empire State Of Mind” (Jay-Z, The Blueprint III): You know it’s a crossover when I download it. And while Jiggas’ lyrics and flow are undeniable (ex: “MDMA got you feelin’ like a champion, the city never sleeps between slip you an Ambien”), it’s Alicia Keys’ vocal hook that makes anything seem possible.

9) “Wilco” (Wilco, Wilco): We always knew Tweedy & Co. had a sense of humor, right? Moreover, though, the song nails rock ‘n roll’s primary raison d’etre. “Have you had enough of the old? Tired of being exposed to the cold? Then stare at your stereo, put on your headphones, before you’re exposed… Oh, oh, oh, oh Wilco!”

“The Last To Know” (The Nadas, Almanac): Technically comes out next year, but the guys gave me a sneak peak to the entire album. Every track is awesome.

“All In My Head” (Chris Abad, No Glory): One of my favorite moments of the year was sitting on the floor while Chris, Tony and Jamie rehearsed this one. A melodic pummeling. Also due in 2010. Also awesome.

“You Belong With Me” (Taylor Swift, Fearless): I downloaded this one months after every sixteen-year-old in America after watching her rehearse it from my roost high atop Radio City Marquee. The perfect pop song from the perfect prom date.

“Feel Like Home” (Benjamin Wagner, Crystalline): True, I shouldn’t include myself. But it’s Chris, Tony and Jamie’s arrangement of a Nadas song as produced by Jon Locker. I just happened to be there for the vocal. It’s one of my favorite songs filtered through a ’90s alt-rock lens.