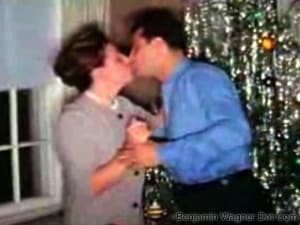 In addition, the contributing artists deliver a raucous cover of Billy Squier’s classic, “Christmas Is The Time To Say I Love You.”

All proceeds from “A Holiday Benefit, Vol. 3” will be donated to 826NYC, a nonprofit organization dedicated to supporting students ages 6-18 with their creative and expository writing skills, and to helping teachers inspire their students to write.

“A Holiday Benefit, Vol. 3” participants first gathered at Chris Cubeta’s Galuminum Foil Studios in Brooklyn, spending a long, October Sunday afternoon together recording their cover of the 1985 MTV hit. Each artist was then tasked with covering a favorite holiday tune, or writing a new one. The results are decidedly different, and surprising.

Easterly and Cubeta deliver a faithfully-edgy cover of Paul McCartney’s “Wonderful Christmastime,” Abad gives The Ramones’ “Merry Christmas (I Don’t Want To Fight Tonight)” an alt-rock twist, while Paula Valstein and Shea bring themselves to The Pogues’ “Fairytale Of New York.” As surprising, though, is the breadth and depth of the brand-new songs, like Rivas’ sprightly “Christmas, Already?” and Ruby Rivers’ plaintive “Little Elf.”