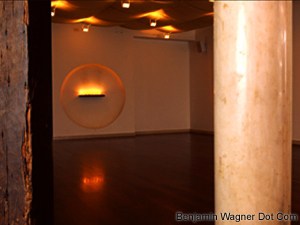 For months now, Abbi’s been asking me to join her Saturday morning yoga practice. And for months, I’d put it off… until yesterday.

It only stands to reason that stretching, strengthening and meditating will go a long way to remedy a frenetic life punctuated by frequent, joint-pounding runs. As my marathon finishes have increased (eleven and counting), my back, hips and knees have grown more fragile. Sitting is often difficult on account of my piriformis syndrome. My doctor prescribed physical therapy and the gym. My physical therapist was surprised at how inflexible I’d become. “You’ve been moving forward for years,” she said. “You need to turn and look around.” (I’m sure there’s a metaphor in there somewhere.)

Still, I made excuses. “I have a long run today,” I’d tell Abbi. “After the marathon.”

Three weeks after, then, I’d run out of excuses. “C’mon,” she said. “It’ll be good for you. You’ll love it. You can do your long run tomorrow… And it would make me so happy.”

Truth is, my reticence had nothing to do with laziness, or stubbornness, or a better expenditure of my time. I was scared.

Ever since tackling Telluride’s Mount Ajax one summer after two semesters of staring at its photograph in a magazine, I’ve endeavored to set difficult goals: self-financed documentaries, sub-four marathons, rock shows and triathlons on the same day. I’ve tried to walk headlong into my fears (jumping out of a plane, for example), speak truth to power, and bite off more than I can chew (see also: my day job). It tends to work out. I tend to learn something. And I usually even have a good time.

Nothing makes me more anxious, though, than playing the fool amidst a room of experts. Nothing stokes the coals of my insecurity like strangers rendering judgment. Put me on stage, and I’m fine. Put me in the audience, though, and I’m speechless.

And so I sat struggling on the couch as Abbi prepared to leave. Finally, I stood up and asked, “So what do I need to wear?” I prattled on nervously the entire walk over, finally explaining to her the source of my anxiety, and the reason I’d chosen to push through it. “I don’t want to be that husband and father who doesn’t do things, doesn’t try things, doesn’t go places. I don’t want to be equal parts Steve Martin and Rock Moranis in ‘Parenthood,’ Type A and Type B, thoughtful but headstrong, sensitive but assertive, patient but…”

The session had already begun as Abbi and I tiptoed into the great, dimly-lit room. Abbi introduced me to her yogi, Kirtan, who immediately put me at ease. We found a spot on the floor near the front, then settled in. Words like “bhujangasana and “matsyendrasana” notwithstanding, I think I followed pretty well. I snuck glances at Abbi for guidance, and periodically, Kirtan would come make a microadjustment of my arms or hips. Like message, the practice had a rhythm and balance so that, soon enough, I could anticipate the next move.

“Did Abbi warn you what you were getting yourself this morning?” Kirtan whispered.

And just as I’d broke a sweat and grew distracted, the lights dimmed further still until I felt almost as if I were invisible. We reflected a while at the end, a block under my often-sore L4. When Kirtan called for three “ohms,” I was surprised to feels tears gather in my throat.

Outside, the sky looked brighter, the city crisper, the leaves more colorful — like the first time I emerged from that sweat lodge back in college and the sky was littered with twinkling stars. I felt more alive than just a few hours before.

“Can we go next Saturday?” I asked Abbi.