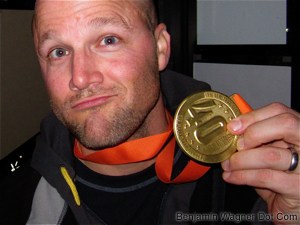 With over 40,000 runners making individual Odysseys across 26.1 rust and wind-swept miles, the New York City Marathon is nothing if not cinematic. Add some stakes (like shattering an eight-year-old personal best) and a throbbing soundtrack, and the race is truly epic.

I’ve run to the music of this city for years. The rush of West Side traffic, lapping of Hudson and waves and rustle of Central Park trees was welcome refuge from headphones and headaches alike, a place where my thoughts could stretch out and get lost. This year, though, as I began training alone for the first time since Abbi and I met, I started making playlists.

I spent the weekend preparing a new one: fueled with the appropriate emotional tenor, geo targeted with musical cues, designed to help me maintain and increase — but not blow — my pace. Crossing the start of the my tenth New York City Marathon Sunday morning, I started my Garmin GPS watch, pressed play on my iPod, and set off to shatter my 2001 3:56:24 PR.

As a result, my memory of this year’s marathon is an epic, cinematic montage; all massive, broad-stroke imagery set to sweeping, inspirational music. The crowd was dense and rabid and loud as always, but — even when their shouts of “Go Benjamin!” broke through my wall of sound — it was about me, myself and the music. Make no mistake from the notes that follow: this year’s run was my most ambitious, aggressive, and painful ever. What follows, then, are highlights from those 105mm CinemaScope reels:

In the first mile of the race, high atop the Verrazano Bridge, Coldplay’s “Life In Technicolor” and I hit full stride together. The wind was biting cold, and the sky was streaked with gray. Still, I looked out over Brooklyn from Coney Island to Williamsburg, Queens from Long Island City to Rockaway Beach, and all of Manhattan, and — for the first the first time in ten years — was able to track the dozens of runs that led to that moment. All of which began with “Life In Technicolor.” I felt the pressure of the undertaking rise up in my throat, crested the span, then settled into the descent towards Brooklyn.

I ran steadily all along Fourth Avenue, trending just a few seconds on either side of nine-minute-miles. In every previous marathon I’ve run, I played the first half conservatively. Not so this time. I worried about pace all the way to my first major goal, the Williamsburg Savings Bank Tower. Just past mile eight, as the route narrowed through Clinton Hill, I shed my windbreaker, and checked the mileage chart scribbled on my forearm in Sharpy. Spot on. “Fuck it,” I thought. “I’ll push the whole way.” Just then, Snow Patrol’s “Chocolate” hit my headphones (“This could be the very minute / I’m aware I’m alive / All these places feel like home”), and moved me clear through Queens.

The 59th Street Bridge is a killer. It’s dark, cold, and demoralizingly steep. Worse, with such a crowded field, it was packed to the edges with exhausted runners. I struggled to cautiously pass slower runners even as I watched my pace slip into the ten-minute-mile zone. “You’ve got this bridge,” I thought, remembering all the times I’d crossed it while training. Still, its rusted, sloped hulk sucked energy through my feet as I plodded forward. And then a familiar sound: a heartbeat, ripples of distorted thunder, then the distinct crescendo of Pete Townsend “Give Blood.” I laughed at the song’s timing, and dug deeper. “It’s all building up to something,” a distant voice opined through the middle eight. “Something that can only be beginning with fire!”

“Come back home for another year, and find yourself in the thick of it,” Pete Yorn sang as I soared off the bridge into Manhattan. First Avenue was an undulating ribbon of runners bracketed by screaming twentysomethings clear to Willis Avenue. Many were fading around me, but I was gaining strength. “You know you’re hard enough,” Yorn sang over the roar of the crowds. “And you find you’re strong enough.” I pushed onward towards Mile 18 running a few minutes under my projection, confident that — after a quick crossing into The Bronx — I would be in the homestretch towards Central Park.

I couldn’t have timed it better myself (because, well, I did time it myself). Harlem is dotted with big-box, odd-lot stores and urban housing alike. It’s a bleak, cemented landscape. Still, the neighborhood comes out in no less force than Park Slope or Central Park East. As I turned into the autumn half-light of Marcus Garvey Park, Jay-Z’s “Empire State Of Mind” hit my headphones like a ton of Manhattan concrete. “Let’s here it for New York, New York, New York!”

I counted the blocks to my pre-appointed meeting point with Abbi, who I spotted at 115th and Fifth long before saw me. I nearly collapsed into her arms, speechless save for the only phrase I could find in my exhaustion “I love you so much.” After a brief exchange (more kisses, a photo, some gummy bears and water) I managed a few more words(“I’m going to crush this one”), then tucked my earphones back in place. As I sped off, Billy Joe struck the shuddering, tremolo-choked opening note of “Boulevard Of Broken Dreams.” I rode the dirge — bobbing and weaving through suffering runners — all the way up a crowded, shady Fifth Avenue and into a golden orange Central Park.

On the Marathon Shuttle Bus from the New York Public Library to Fort Wadsworth on Staten Island, I listened to a “Speaking Of Faith” podcast featuring author Eckhart Tolle. Tolle’s philosophical writings echo the Buddhist analysis of the mind as a primary source of human suffering, suggesting that we confuse reality with the racing thoughts in our heads. Between the ambitious task at hand (shaving over twenty minutes from my average marathon time), my breakneck, single-minded pace, and the soundtrack in my head, the race had flown painfully by.

As I closed in on the final two miles, there in a park I’d run thousands of times before that had suddenly turned almost completely foreign in my exhaustion, the plaintive, church organ opening strains of U2’s “Where The Streets Have No Name” built in my ears. I knew my playlist. I knew this was it: the final push, the last chance to dig deeper still, to transcend every impulse to quit and push harder instead. “I want to tear down the walls that hold me inside,” Bono sang as I raced towards Central Park West.

And I did. I crossed the finish at 3:51:06, stabbing the sky victoriously as Bono’s “Magnificent” refrain faded into Redanka’s massive, metronome beats. Which is a good thing; there wasn’t another song on the playlist. And anyway, it was exactly where the credits were supposed to roll. 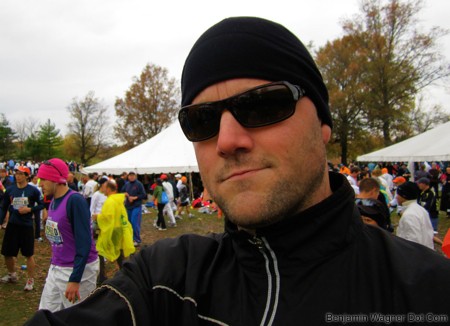 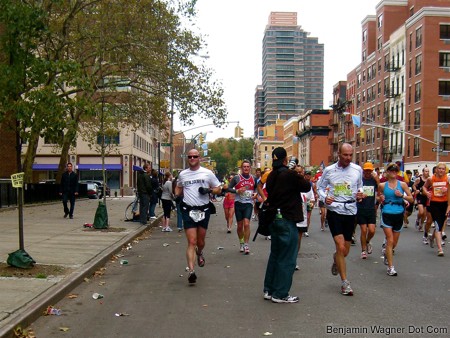 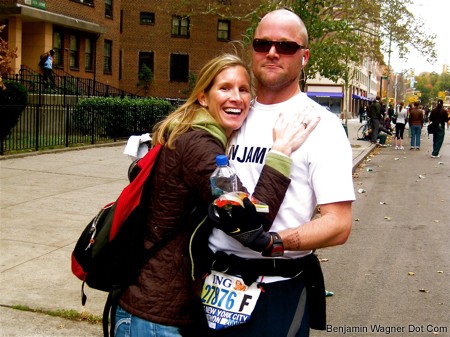 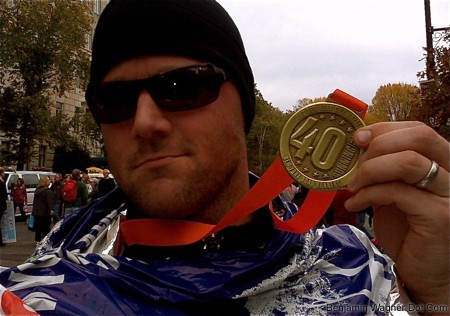 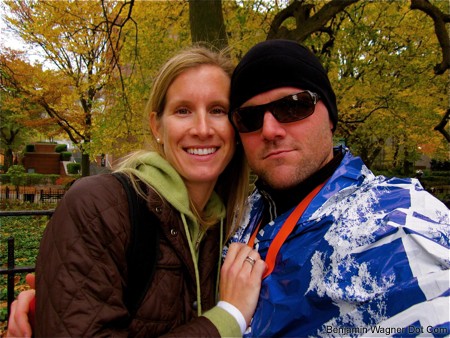