That Dust Cloud Disappears Without A Trace 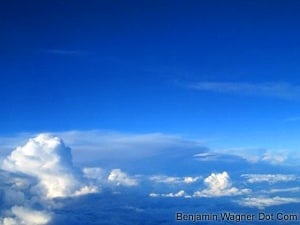 At the time, I wouldn’t have wagered even a gentleman’s handshake; the communique derived from Overland Park, Kansas, some 1,201 miles west of Giant’s Stadium.

Too many moving parts were in play, not the least of which an airplane. Worse, my noon meeting was over thirty miles south of KCI Airport. So I stacked the deck.

First, I booked a car service, and had the Towncar poised just steps from the corporate headquarters in question. Second, I checked in and printed my boarding pass in advance. And third, I scripted my urgency to attend the band’s performance into the meeting itself, fairly and accurately building my exit into my presentation.

When I stepped free of what seemed the longest hallway of cubicles I’ve ever walked, I spotted my driver, Hasan, high fived him, and then broke the news.

And it wasn’t. Perhaps unsurprisingly, Kansas City traffic was a non-issues. KCI even less so. I even had time to grab a bottle of water before hearing, “This is the final call for flight 3039 to Newark.” I stepped on board, strapped on my iPod (starting with “Where The Streets Have No Name,” of course), and closed my eyes…

The real challenge began when, three hours later, I was the first of anyone I knew to arrive at Giant’s Stadium. I’d packed light, traveling with nary more than a toothbrush and a tie, but still had to stow my bag; security frowns on laptops and such. While Abbi steamed westward on New Jersey Transit, a few college friends were converging in their cars. One by one, though, they were diverted to remote parking lots. For a few, desperate minutes, it seemed as if I’d fail in the final mile. Until drummer Ryan Vaughn texted. “We’re in the nosebleeds, but we’re here!”

Fifteen minutes and four gates (or 270° around the stadium) later, Ryan trekked down from the 400s, and handed off his car keys. “It’s a navy blue Saturn somewhere between 5G and 5H. It’s license plate WX742L, but there’s no plate on the front. Oh, and the alarm only works really close.”

Hoping against hope, I struck out into the now-dark parking lot, packed with thousands of cars and tailgating revelers. Miraculously, with my heart pounding in my throat, openers Muse throbbing away inside and Abbi calling to announce her arrival, I found the Saturn, stashed my bag (and tie, and sport coat) and raced joyfully back to Ryan.

1,201 miles and at least four circumnavigations of Giant’s Stadium later, I kissed my wife, handed over my tickets, stepped inside the gates, and found my way to a Guinness. We walked inside the stadium to discover that out seats were not seats at all, but standing-room-only general admission right there on the floor. We edged our way to the center, some twenty-five feet from the edge of the stage, looked at each other incredulously, and laughed.

The lights began to dim. The stadium began to rumble. The band’s massive, claw-shaped 360° began to billow smoke. I exhaled and whispered into Abbi’s ear, “Made it.”