For at least a day now (it’s been tough to keep track, frankly; the last few have been punctuated by black holes where my memory used to be), my email inbox has been slammed by a steady flow of identical, potentially editorially-salient spam comments: Buy Valium.

For my mother, whose graduation from Columbus High School had been celebrated with a then-unheard of trip to New York, Radio City Music Hall was a white-gloved, hi-balled Mecca, thousands of miles in every way from Waterloo, Iowa. I must’ve been about twelve-years-old when she enthusiastically delivered Chris and me to the Christmas Spectacular there. It was larger than life, like sitting inside a time-shifted, building-sized stereo speaker.

To move to New York City as a young man and rent a P.O. Box at Radio City Station was cool enough. To have my friend (and “Pirate Of Penzance” co-star), Tammy, go on to be a Rockette there raised the bar a few inches more. To find myself wandering its ancient, epic and empty halls late Saturday night was eerily out-of-body; the place is big and beautiful and busy with the ghosts of performances past.

But to spend an afternoon overlooking MTV News’ Video Music Awards Pre-Show red carpet from high atop the Radio City marquee and enjoy complete, unfettered access to everything from the backstage to the bowels of the place, well, that’s the kind of thing that blow’s a guy’s mind. Sprinkle in some live television, and, well, call the pharmacist and Buy Some Valium.

While I am ultimately responsible for everything that MTV News produces, my colleague Ryan ably helmed the pre-show. I was tasked with fusing my two worlds: Television and The Internets. My pre-show job, then, was to floor produce Justine Ezarik (aka iJustine) in what we called “The Tweet Seat.” From high above Sixth Avenue (just a few steps from Rolling Stone Magazine, my very first paying job in New York City), Justine analyzed VMA celebrity activity on Twitter using a data visualization developed by MTV, Stamen Group and Radian6.

The application itself is completely bad ass (you can see it over at vma.mtv.com, dynamically measuring the volume of Tweets any given VMA performer, presenter or nominee is receiving at any given moment, then enabling a deeper dive into general sentiment and specific Tweets. (You can watch Justine explain how it works to MTV News’ “Twitterless and Facebook photo-less” Tim Kash at MTV News.)

I watched the carpet build from above, then waited patiently through rehearsals, rain and sirens for night to fall on the city. When it did, Ryan’s television magic lit up Midtown. Lady Gaga kissed Kermit. All American Rejects arrived on a parade float. Pink and Shakira wore the same dress. And Justine and I (with an assist of a small army of producers pas, techs, and on-site product developers) tracked it all. We scripted, rehearsed and blocked her five segments on the fly, buffetted by the screams of thousands of teenagers in one ear and a production truck full of screaming colleagues in the other. The adrenaline rush was like being shot out of a cannon five times in a row. Justine did a band-up job, keeping cool despite the chaos, and overwhelming proximity of Justin Beiber.

Just a few minutes later, I was chasing down a crew to interview Madonna when my Blackberry lit up like The Fourth of July: Kanye West stormed Taylor Swift’s stage. We got Madonna (with no help, as it ends up, from me), I jammed three granola bars, two Excedrin, and a Pepsi One down my throat, and ran up the balcony to repo (“reposition”) for the post-show to assess the Twitterverse’s reaction to the whole thing.

It was there, in the balcony above the art deco lobby, with an open bar buzzing to my left and a failed Internet connection in front of me, that I watched Beyonce on a distant television monitor far across the hall graciously and gracefully cede “her moment” to Ms. Swift. “Aaaah,” I said to Justine. “A happy ending.”

It wasn’t until hours later, though, alone in my quiet office high above Times Square, that I saw the replay. Kanye’s gesture was strident, untethered, and uncool. Taylor’s crestfallen, wide-eyed dismay was heartbreaking.

This morning, I downloaded her “You Belong With Me,” then proceeded to unapologetically listen to it a dozen times. It was another Monday punctuated by the steep dives, loop-d-loops and corkscrews of modern, corporate life, her guileless, tender soprano struck a distant chord, one of a simpler, sweeter time before Internet snark, instant ubiquity, and co-branded everything.

The song’s bristling, shimmering chorus built to crescendo as I raised my keys for the front door, choking me up just enough as I collapsed, exhausted and relieved, into my wife’s arms. 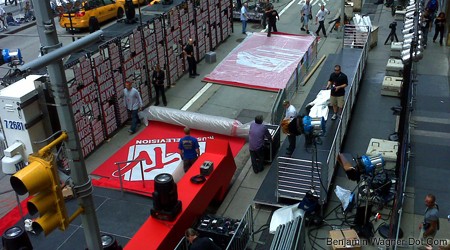 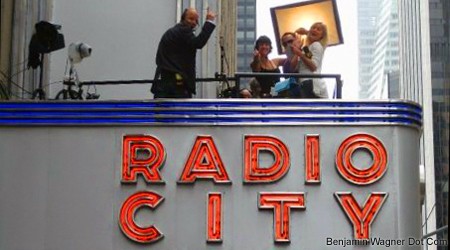 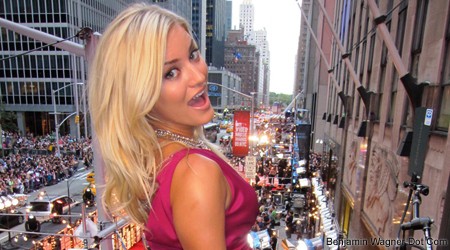 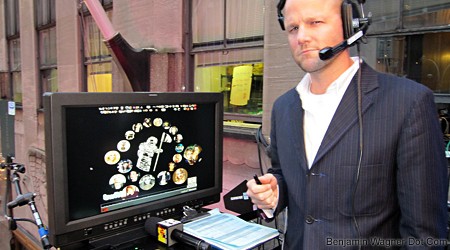