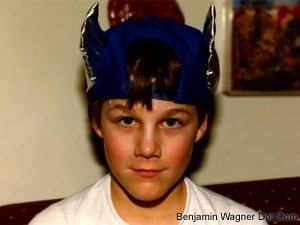 Sometime after midnight thirty-eight years ago today in a sterile-white, fluorescent-lit University of Iowa hospital room, my parents welcomed me into the world just a few weeks shy of my due date.

Those elements combined (presumably) with genetics, the position of the moon, the frequency of my family’s moves, the arrival of my first transistor radio (and shortly thereafter, Sony Walkman) and the desire to escape into headphones drove my love of listening to, and, eventually, my performing and creating music.

From John Denver’s 1974 Washington, D.C. performance to R.E.M.’s 1987 Philadelphia show and thousands of rock shows, radios and iTunes in between, millions of musical moments have made me the musician and fan that I am.

Thirty-eight years in, then, here’s a list of thirty-eight of my favorite, most hugely-influential songs in rough chronological order:

Of course, there’s a story behind every one of them. Taken together, though, maybe I’ve arrived where I departed. As The Envy Corps’ frontman Luke Pettipoole refrains in the closing bars of “Rhinemaidens,” “Let’s sing songs despite the devil.”

Thirty-eight years later, the world is still is cold, bright, loud, jarring, disruptive place. A handful of songs, though, puts (almost) everything in its right place.