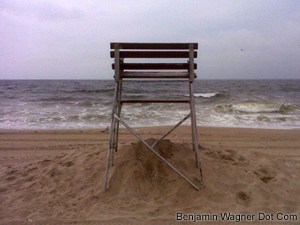 I’ve lived in New York City for nearly fifteen years, but have only recently begun to gain some sense of its true cultural and geographical diversity.

Once again, I spent Sunday morning running the city. Last week, my goal was Hell’s Kitchen to Coney Island. This week, it was Rockaway Beach or bust. Our friends, Rene and Marlyn had invited Chris, Meg, Abbi and I to join them for an afternoon of sun, and sand and salsa. The goal, then, was to jog some eighteen miles through Manhattan and Queens to their apartment where Chris, Meg and Abbi would meet us and commence tomfoolery.

I set out just before sunrise. Like last Sunday, the air was warm, heavy and damp. (Once again, I’d bonked my planning: Saturday morning was cool, dry and gorgeous.) The sun struggled to break through the high clouds and a low, marine layer as I traipsed over the 59th Street Bridge.

I carried with me an iota more trepidation than the weekend prior. For starters, the distance was greater. Moreover, though, it was completely foreign; I’ve run through Brooklyn a few times, but have scarcely scratched the surface of Queens. What’s more, I wasn’t sure how my body would take to such a long run so quickly after the last.

Still, I couldn’t resist. Last Sunday’s run was a blast, as much fun as I’ve had in weeks. I felt free and adventurous, independent and strong. I loved seeing the city wake up. And — like so many years ago in college when I taped a photograph of Telluride’s Mt. Ajax on my desk and pledged to climb it that summer and then did just that — there was a satisfying component of goal-oriented accomplishment to the whole thing.

“Why are you running to Rockaway Beach,” my soon-to-be brother-in-law asked me Saturday night.

“Because it’s there,” I answered.

There I was in Sunnyside, then, running on a quiet street parallel to Queens Boulevard. I passed a young, Latina couple leaning on a car kissing obliviously. A local baker threw up his corrugated steel shutters. Another shop owner hosed his sidewalk. There were neon signs, bodegas and fly-by-night emergency rooms, sure. But it quickly felt different than Manhattan, lower-rise, more residential, and far more ethnic. I passed dozens of sketchy motels and used car lots, then the gargantuan New Calvary Cemetery, relishing the diversely-named headstones: Giordano, Pyeong, Czarnecki, and Vasiliev.

I turned onto Woodhaven Boulevard at about mile seven. Just up the hill from the LIE, a dozen senior citizens sat outside a retirement home, most infirm, blank-faced and slack-jawed. I smiled and wished them a good morning, suddenly cognizant and grateful for my health. The boulevard was wide and quiet, save for a few early-risers and dog walkers. I passed an awesome, authentic-looking pub, Woodhaven House in Rego Park, made a note to myself to return there for a pint someday soon, and pushed onward into the hazy sun. I ran past Forest Park, Queen’s 540-acre answer to Prospect and Central Parks, through Woodhaven (where, it seemed, no yard was complete without a statue of The Virgin Mary or Saint Francis), Ozone Park, across The Belt Parkway (which, having driven it before and felt miles from anything I’d ever known, made me smile) into Howard Beach.

The Cross Bay Bridge spans nearly four-miles of Jamaica Bay, touching down in Gateway National Recreation Area and Broad Channel, an island more Long Island than Five Borough. It is less than two miles from the 5000-acre airport’s southern runway, so my crossing was punctuated by massive jets roaring overhead.

I ran through Broad Channel, corresponding on Facebook with friends from Brooklyn to San Francisco to Philadelphia, all cheerig me onward. Chris called and inquired to the weather. “Not much of a day for sunbathing,” I said (failing to mention the sporadic raindrops I was dodging), “But not a bad one for lobster rolls and beer!”

I practically cheered when I spotted Rockaway Beach as the end of the bridge. As with last week, Rakim’s “Don’t Sweat The Technique” hit my iPod just as I stepped onto the boardwalk. My Garmin read 18.26M, and I had time to kill before Chris, Meg and Abbi made it by car, so I tacked on an extra mile and a half of boardwalk for good measure.

The boardwalk was flanked by stark, almost-Soviet high-rise apartments. The beach was wide, empty, and punctuated by patches of dune grass. The Atlantic was cold gray, topped by white-capped waves. A teenager in a red-and-white striped sweater sat alone on a bench, huddled against the wind. A handful of surfer’s struggled against fast-breaking waves.

At twenty miles, I made for the edge of the water, stripped my gear, and walked into a rush of waves. I dove beneath, and swam through the darkness a while. I climbed out onto the sand, then lay down in the surf, my feet elevated on an old pier mooring. I crossed my arms behind my head as the rush of a million tiny bubbles exploded around me. A massive 747 soared overhead. And I exhaled. 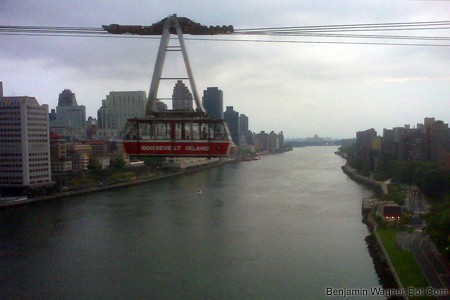 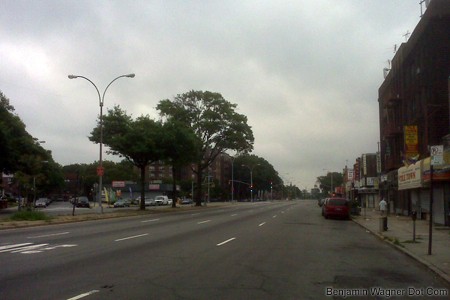 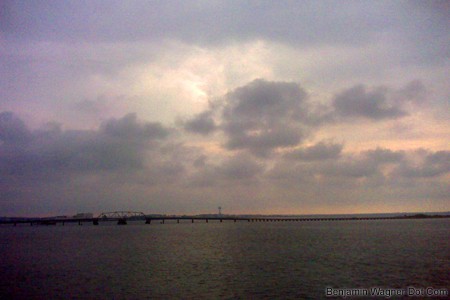 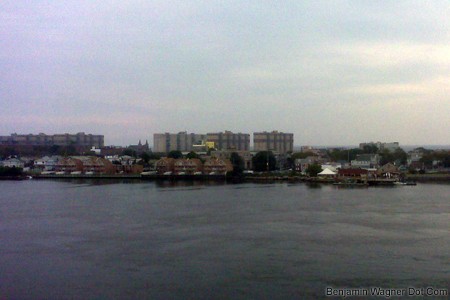 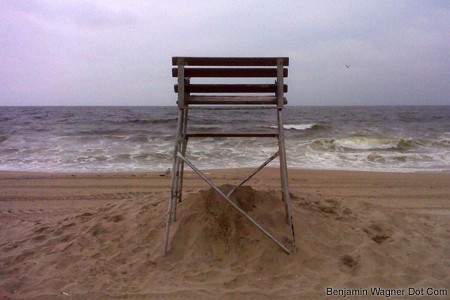