Halfway Between The Moon & Me 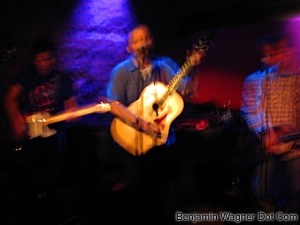 Lately, it seems like I go weeks without picking up my guitar. Not so these days.

Thursday’s set has at least one major surprise (hint: it’s a song named after a state), and an excellent special guest: singer/songwriter Emily Zuzick. Last time Emily and I shared a stage, we were belting out Duran Duran’s “Rio” at a smokey, steamy Syracuse University house party. If I recall correctly, the floors was shaking from all the dancing, and one poor soul fell down a steep flight of wooden steps. (Of course, Boone’s Farm Strawberry was involved, so I could be wrong.)

On Friday night, Abbi and I fly to Des Moines. We’ll spend the night with The Walsmiths, then head two hours east to Waterloo for a family reunion.

On Sunday, August 16th, my cousin Andy will join me for an acoustic set on the Anderson Erickson Stage at The Iowa State Fair. It’s an afternoon of Authentic Records artists. Andy and I will be joined by cellist Patrick Riley (who’s all over “The Invention of Everything Else”) and singer/songwriter Bonne Finken. And I’m bettin’ we might see a Nada or two to boot.

Then stick around for sets from Bonne, Hello Dave frontman Mike Himebaugh, She Swings, She Sways, Fat Andy, Dick Prall, and The Josh Davis Band. Oh, and there will be corn dogs and butter sculpture.

Meanwhile, The Nadas tribute album, “Crystalline,” is available for pre-order at the Authentic Records Store. My (much-agonized over) cover of the band’s signature song, “Feel Like Home” is tract two on the CD. You can download Hello Dave’s “Let Me Sleep” for free.

Some 2,500 miles later, I’ll settle back into Hell’s Kitchen, and get down to work on this year’s “A Holiday Benefit, Vol. III.”