Home Is Where Your Friends Are 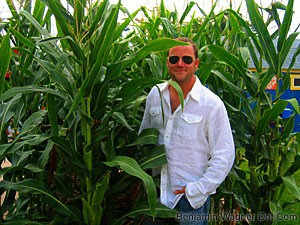 First they ask me to contribute a song to their “Crystalline” project, a compilation of Authentic Records’ artists covering The Nadas in honor of the band’s fifteenth anniversary.

So I recorded a bang-up version of “Feel Like Home” with Chris, Jamie and Tony a few weeks ago which Jon Locker (sustaining emails like, “In the breakdown section, can you compress the drums like in original or breakdown in “trying to tell you” to provide more dramatic change?”) mixed last week.

Then they ask me to play the Authentic Records Stage at the Iowa State Fair on Sunday, August 16th. So I’ve drafted a bad ass set list, and roped in all kinds of cameos: singer/songwriter (and cousin) Andy Wagner, funky chanteuse Bonne Finken, cellist Patrick Riley and (of course) Nadas frontmen Jason Walsmith and Mike Butterworth.

Then I hear that Alex Dezen of The Damnwells is playing Nada Nother Sunday Night afterwards. Two of my favorite bands in as many days! Amazing!

The capper came today, though, when my friend Tricia tipped me off the Jason’s star turn is going to preclude his Iowa State Fair performance, and the Alex is standing in. So I email Mike.

“Word on the street is that Jason’s burgeoning movie career precludes his Saturday State Fair appearance. And that my (other Iowa) hero, Damnwells’ frontman Alex Dezen, is filling in?”

“Actually,” Mike responded, “Mike from Hello Dave is filling in. What do you want to sing? Let me know and it’s yours!”

My mind melts as I respond.

Slightly opportunist? Maybe. I don’t Jason or Mike would expect any less from me.

It’s been four years since The Nadas first invited me to my first State Fair homecoming, though. Anxious as I am to knock my Sunday set out of the park (er, fairgrounds), nothing beats a full-on, standing room-only, corn-fed, beer-fueled Saturday night Nadas crowd. F’ing awesome.