Life & Death In The Magical Kingdom 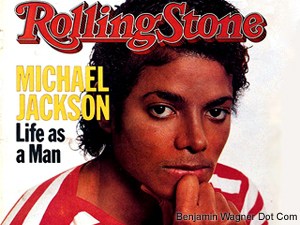 I left the office at 7:15 last night. The sun was still casting its golden light across the Hudson. After five days of Michael Jackson coverage, it felt like a half day.

I stopped at the grocery store on my way home and, inspired by the sight of fresh limes (on sale, natch), resolved to mix up a fresh-squeezed margarita and some homemade guacamole to enjoy them before the sun dipped below the horizon.

A few hours later, Abbi and I sat together on the patio squinting into the sunset, sipping our cocktails, and debriefing each other on the last five days of my absentee husbandism. I caught her up on all that we’d done at work, and what was yet to come, and we shared our personal remembrances of Michael Jackson. Which is when I remembered…

You, Dear Reader, will recall my telling you more than once before that my rock ‘n roll fantasy — that is, the imaginary, fictionalized life of life on the road surrounded by groupies and guitars that I fomented for years — was born sometime around my parent’s divorce.

The way I remember it, I grabbed my first issue of Rolling Stone Magazine in an airport while being shuttled between my parent’s Indianapolis and Philadelphia homes. The more RS interviews I read about dysfunctional but inspired singers, songwriters and performers, the more I felt at home. Everyone I read about was gifted, but troubled. They seemed like I felt: shy and broken, but wildly craving of attention and praise. Rock ‘ roll (and journalism, for that matter) appeared to offer me a way out of the confusion of the time.

Well, last night, it dawned on me that that first issue had Michael Jackson on the cover. I know; I saved it (and every issue thereafter) for years. And I could picture it in my head: a young, plastic surgery-free Michael stares straight-faced and vulnerable into camera. With an iota of Googling, I found it: Issue #389 published April 17, 1983. The cover story was titled, “Life In The Magical Kingdom.”

“Recently, for a refresher course,” the article reads, “Michael went to see James Brown perform at an L.A. club.”

“He’s the most electrifying,” Jackson says of Brown. “He can take an audience anywhere he wants to. The audience just went bananas. He went wild. He gets so out of himself.”

“Getting out of oneself,” the article concludes, “is a recurrent theme in Michael’s life whether the subject is dancing, singing or acting.”

It took nearly twenty years (and an album called “Out of Your Head”) to finally discover and own that neither sex, drugs nor rock ‘n roll afford much escape. Not for long, anyway, not really. In fact, the evidence — from The King to The King of Pop — seems to suggest quite the contrary.