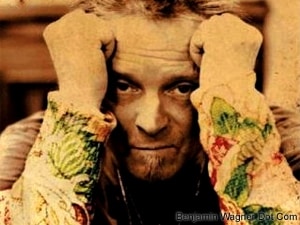 Such is my rock bio jones that, not only was I the only person in the office to grab a copy (an unproofed gally, natch) of Joey Kramer’s “Hit Hard” out of the mailroom, but surely the only to read the Aerosmith drummer’s tale of drug addiction and recovery in a measly 24 hours.

Listen, anyone with any proximity to Toxic Twins Steven Tyler and Joe Perry has a story worth reading. But Kramer was there from the beginning. What’s more, he had his own crosses to bear.

The oldest of four children born to Eastern European immigrants, Kramer grew up in Bronx (and later Long Island). He rebelled against his father’s rigid pursuit of The American Dream, and his mother’s strict code of social aspiration. Long hair, marijuana cigarettes and rock ‘n roll were not popular choices in the Kramer household. So Kramer split just as soon as he could.

Though he met the slightly-older (and apparently much-cooler) Tyler (then Tellerica) in high school, and later borrowed the even-then flamboyant front man’s drum set for an early gig, it wasn’t until meeting again in Boston years later that the two formed Aerosmith (Kramer’s suggestion meaning, he thought, “Experts at Making You High”).

The band’s impressive and epic forty-year and run of success, sex, drugs, rock ‘n roll, then failure, obscurity, poverty, and recovery followed, though Kramer makes it clear that (as my boss likes to say), “Beyond the mountains there are more mountains.” Even after the band re-ascends, the drummer loses his home to fire, his father to Parkinson’s, his skin to another freak fire (this time in his Ferrari), and his wife to divorce.

Save for the coke, heroine, speed, uppers, downers, LSD, mushrooms, and Run DMC cameo, “Hit Hard” could have been anyone’s story, really.

It’s “The Prince of Tides” with drums instead of a tiger, or “This Boy’s Life” in X, New York, instead of Concrete, Oregon. It’s another tale of an abusive, distant father, a codependent mother, and the sixty years it took everybody to forgive one another. In some ways, it’s the modern American story, an interesting book, come to think of it, to read over Father’s Day Weekend.

Kramer’s not Pat Conroy or Tobias Wolf (nor, for that matter, are his two co-writers, William Patrick nor Keith Garde) and suffers from far more show then tell. Still, “Hit Hard” clips along at a nice pace, shares some bona fide, hard-earned lessons, and is punctuated by photos of Aerosmith in action, and Kramer alone looking wistful, contemplative and thoughtful.

And the truth is, Kramer comes off as thoughtful and sensitive, maybe too much so for the rock star life. Or maybe that’s all part of the equation; Pain + Rebellion + Sensitivity + Desperation = Maximum Rock ‘N Roll.

Or maybe the equation is more complicated, like algebra, geometry or (ha, ha) some kind of algorithm. And maybe all that matters is that, in the end, everyone forgives each other.