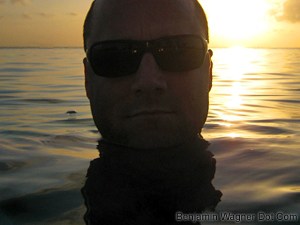 By the time I finally powered up my PC precisely 267 hours after logging off for vacation, I’d accrued 1887 emails, 19 voice mails, and 12 Facebook requests.

Four hours later, I’d whittled down those various missives to a crucial total of thirty-two.

Yesterday morning, less than twelve hours after my eight hour GCM-MIA-LGA commute, I strapped on my Asics to shake off the stiffness (and post-vaca blues) with a quick pre-brunch 10k. From Riverside Park to The Ramble, everywhere I ran, everyone was looking at their hands. Blackberries, iPhones, Razors — New Yorkers don’t care; they want data, and distraction.

I’m no exception. True, I left my Blackberry at home last week and avoided its odd, microboredom-curing gravity until the very last moment today, but sure enough, there I was tonight, waiting in line at D’Agostino’s checking my mail.

Still, it dawned on me as I ran through Columbus Circle, my iPod blaring Green Day’s “Know Your Enemy” (still/again): I am at war with New York City. These devices, these diversions, they’re my defense. Heaven forbid I make eye contact, sustain a second of stillness, or allow my synapses a moment’s reprieve. No, in New York City, it’s all rush, rush, noise, noise.

I’ve spent the better part of the last nine months analyzing data, projecting goals, and managing programming, process, and platform to achieve those goals. More than once I’ve told my colleagues, “Life is an algorithm.” That is, everything can be understood, ordered and affected with reason, logic and data.

Saturday morning, though, I floated above a school of yellow and blue French Grunts (Haemulon flavolineatum) near a stand of staghorn coral on Cemetery Reef. A spiny, razor-sharp, pitch-black sea urchin was tucked into an outcropping, it’s center glowing bright red in the morning sun. A purple sea fan waved lazily in the surf.

Which is when I decided that I was wrong, and began to surrender.