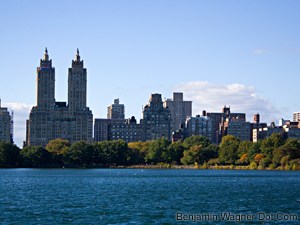 Who needs the self help section at Barnes & Noble? I have an iPod.

I don’t need to tell you that last week was a motherf*cker. I’m sure I’m not alone in that. Ask John Edwards, Manny Ramirez, or Allison Iraheta. They all had tough weeks. Heck, ask anyone on Earth these days: economic meltdown, unemployment, foreclosure, global warming, war, famine — I could go on.

For me, it was the constant (not for attribution, repetition or attribution) barrage of workplace b.s.: knuckleheaded oversight, missed opportunities, fiscal impossibilities, political wrangling, and general bureaucracy. “Don’t beat yourself up too much,” my boss said. But I did. I never made it home before nine o’clock, and when I walked in the door, I felt like I’d been kicked in the nuts all day.

It was that kind of week.

Adding insult to injury, it was first week of physical therapy regimen that has me in the gym at seven o’clock in the morning, and my third foot treatment that left me bloody, limping, and unable to run. In fact, my feet were still too bloodied to run Saturday morning.

When Sunday came, then, I was dying to make tracks. The sky was crisp and blue, and I had a fresh playlist to get me through the mileage. Ends up, the randomly-selected, set-to-shuffle collection had a story to tell.

The Fray’s “Over My Head (Cable Car)” paced my first few blocks, the slow, steady uphill to Central Park. It’s been something of a theme song since 2007 when my supervisor got laid off just a few days before my thrilling, terrifying walk back from Tiffany. I’ve often felt like I’m in over my head since. It’s never fun, nor easy, even when I remember that’s how we grow: by stretching.

The Wallflowers’ “Everybody Out Of The Water” hit as I settled into Central Park South. It’s a curt, almost-jarring song off the band’s “Red Letter Days” LP. “The city’s been leveled, the hills are in flames,” Jakob Dylan sings. “The streets are cracked open and they’re pushin up clay.” I synched my footfalls to the beat, cognizant that I was running too fast, but eager to disperse the week’s excess frustration.

Flashback to Friday night. Long after the office cleared out, I cranked Green Day’s new single, “Know Your Enemy,” over and over. Sure, the song’s derivative of The Clash. But I relished the terse bursts of electric guitars, the crisp drums and slick production. Sunday morning, though, the song came to mean something more than its sound.

“Know Your Enemy” hit my earbuds somewhere around 79th Street. The wind was whipping up white caps on the Hudson. At some points, it blew me sideways. I struggled against it as the intro — a tinny, compressed pre-chorus — exploded into the full-fledged chorus of the song.

And it dawned on me: I’m the enemy. All of this is in my head.

Sure, times are challenging. It is what it is. But it’s all in my approach, right?

It was crystal clear to me that my playlist had stories to tell as The Verve “Lucky Man” began playing as I turned off the promenade, and jogged across the West Side Highway. I grinned when I recognized it, and thought, “Yes, I am.”

The punctuation mark, though, came with Paloalto’s “Breathe In.”

Back home, I stepped into my apartment a changed man (if only for an instant).