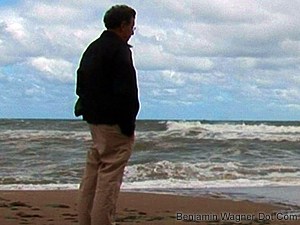 Sunday afternoon, long after the hangover recovery run, the ham, egg and cheese sandwich, the last cup of coffee and final page of The Sunday New York Times, Abbi and I sat on the couch channel surfing.

In my experience, asking my wife if she wants to watch a documentary tends towards a gentle “No thanks.” When I happened upon

Glass was born in Baltimore, Maryland, the son of Jewish immigrants from Lithuania. He studied the flute as a child at the Peabody Conservatory of Music and entered an accelerated college program at the University of Chicago at the age of 15, where he also studied Mathematics and Philosophy. Then he went to Juilliard School of Music where he took up keyboard as his main instrument, and founded the Philip Glass Ensemble. He lived in Paris for the French New Wave, and Soho when it was a wasteland of vast artist’s spaces.

The filmmaker (“Shine” director Scott Hicks who clearly has his subject’s confidence) follows Glass through his 70th year as he scores Woody Allen’s “Cassandra’s Dream,” and prepares for the debut of his opera, “Waiting for the Barbarians.” It’s a remarkable intimate portrait. We meet his siblings, his fourth wife, and four children, and follow from his downtown home to his uptown office to Nova Scotia vacation home to his yogi, spirit guide, and Tai-chi instructor.

It’s a moving and compelling film, to be sure. Glass (about whom I confess to having known little) comes off as driven, hypomanic and obsessive, even. He is clearly compelled to create, to keep moving at all time, always scribbling notes, banging out parts, and conferring with collaborators even at the expense of his family. He seems abuzz with a rich, potentially unquenchable inner dialogue, an almost-palpable outward seeking, and a sense that time is running out.

As the film builds to crescendo, Glass is frantically dashing towards the premiere of his new opera, “Waiting For The Barbarians.” The opera’s finale is intercut with a moving interview with his wife, Holly Critchlow. She appears to be at a breaking point, feeling disconnected from her husband due to his numerous projects. Glass, meanwhile, narrates the final lines of the visually stunning opera.

“I am walking down a long road to nowhere,” he says. “My life is a stupid and ugly dream…”

The final shot is of Glass, Critchlow, and their two children walking on their stormy, Nova Scotia beach. “It’s rough out there,” he says to his son, who then leaps a small creak to join his mother and little brother. Glass stands alone, then, staring out to see, as he reads the final line of “Waiting For The Barbarians” in voice over.

“And yet I keep walking.”

Tears were streaming down my face as the film faded to black. Outside, the afternoon’s gray drizzle had turned to the evening’s falling rain.

The rain was still falling on Tuesday as I limped from the dermatologist (see also: “Warts & All”) to the 59th Street subway. The station was immensely-crowded, its commuters rain-soaked and miserable. ‘It’s rough out there,’ I thought.

“Glass: A Portrait Of Philip In Twelve Parts” was still very much on my mind. It hit a nerve in me, a raw one: the same one that Abbi and I have discussed almost daily since we met. It’s The Revolutionary Road Conundrum. What makes a man? What marks a life? What does it all mean? Why am I here? And when do I find out the answers?

I rode the N train downtown listening to WNYC’s Studio 360 podcast. Host Kurt Anderson was interviewing British artist Jeremy Deller who, in an effort to prompt conversation about the war in Iraq, loaded a bomb-ravaged car onto a flatbed truck and drove it clear across America. The title of Deller’s project? “It Is What It Is.” It’s what soldiers say of war: “It is what it is.” There’s a beautiful, circular simplicity to it, like a snake eating its tail. “It is what it is.”

I stepped out of the subway at 42d Street, and slowly climbed the stairs repeating the phrase over and over in my head. Times Square was clogged with traffic and tourists, strewn with pools of garbage, urine and exhaust. I looked up towards my office, its mighty concrete crown lost in the soot-choked clouds. It was ugly and stupid.

And still I kept walking.