Love In The Time Of H1N1 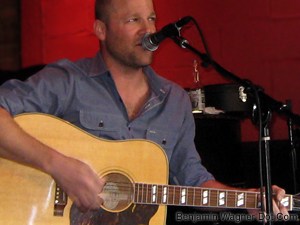 One never knows how a four o’clock rock show is going to turn out. We’re not talking the Iowa State Fair here. We’re talking New York City on a sunny Saturday afternoon.

Ends up it’s one heck of a time to rock.

Chris Abad and I booked the show months ago not because four o’clock in the afternoon is prime time, but because, well, what the heck? I figured I’d get all my married friends out with their kids (as I did at last year’s post-op all-ages show), get in a paid (well, tip jar anyway) rehearsal, and get our Saturday night started early.

As the week unfolded, though, it became apparent to me that our casual, all-ages show was going to be fortuitously timed with a pretty major event. Judging by the increased frequency of advice-oriented calls, it looked like Abbi’s sister, Pembry, was going to get engaged to her longtime boyfriend, Pedro, Friday night. It reasoned, then, that The Kellers would join us from Delaware on Saturday, and that our little rock show was gonna’ play a bit part in a broader celebration. So I planned accordingly.

Now, as is presumably evident from all the songs I’ve written about its failure, I don’t purport to know a lot about love. Best I can tell from what I’ve learned is that romance is nice, but it has a lot more to do with commitment, respect, inspiration, communication and trust.

So I endeavored to write all that into the narrative arch of the set list.

The story was intended to begin at the moment when one relinquished his romantic fantasies (“I’ve given up on the daydream”), pass through desperation (“I waited up!”) and aimlessness (“The scenery was nothing more than something there to see”) to discovery (“I’m going down for the last time”), revelation and commitment (“I promise you”) and resolution (“You feel like home to me”). With impromptu additions and deletions, I also managed to include some other, darker notes too, like loss of self (“Live Forever”) and transgression (“Leaving On A Jet Plane”).

Factor in anecdotal storytelling here and there (trust me when I say I was feeling remarkably comfortable up there Saturday afternoon), I think I may have managed to impart, if not some of the lessons I’ve learned (and/or am learning), then certainly some of the feelings I’ve felt.

What remarkable to me is that the whole time I was sitting there singing (in broad daylight, which is weird in its own right), people just kept streaming in the front door. Soon enough, there was a collection of toddlers dancing in front of the stage, their smiling parents dancing behind then, and my younger, hip friends tugging on beers behind them.

What’s more, when it came time to sing-a-long (“You Are My Sunshine”), everyone did. Twere four generations in that bar, all singing along. (And I didn’t even have to stand on a table to inspire that level of participation like I used to in halcyon days days of The Smith Family.)

Afterwards, mere seconds after my buddy Ron, his father Fred, wife Jodi and daughter Talia walked out, Abbi’s father, Richard, bought Pedro, the band and I a round of shots. In retrospect, standing there sour-faced and laughing in the half-light of early summer with my wife, my friends and my family basking in the afterglow of a rock show may have been a glimpse of what’s to come, or — if nothing else — what is. I mean, that’s it, right? That’s all there is, everything that matters. 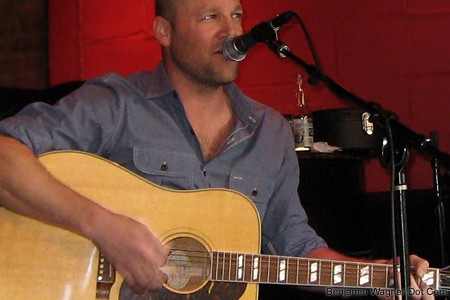 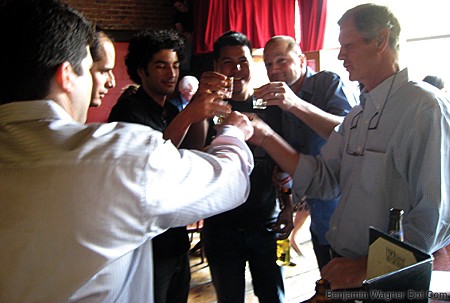 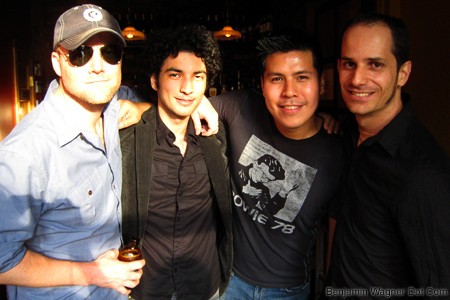