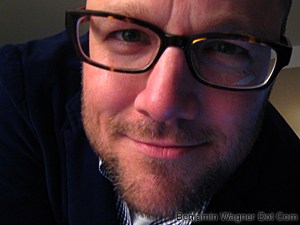 Everyone’s losing their job. If not, they’re loathing it.

Mine’s like Whack-a-Mole or Missile Command or a California wildfire; I resolve one issue, and another pops up, or falls from the sky, or catches fire. You get the idea.

Still, even at the end of a Tuesday that feels like a Thursday, at the end of a twelve-hour day running on nothing but Shredded Wheat and water, it beats the converse. What’s more, while I may not sleep through the night anymore on account of ambitious goals amidst these troubled times, I appreciate that (as a colleague reminded me last night) a lot of people would love my job. Most of the time, I certainly do.

Lately, my only quiet moments have seem to be in the back of cabs. Tonight, as mine turned right off Central Park West, I looked up to see Midtown wrapped in fog. It was lit from below, glowing red and blue. As I took it in, Fountains of Wayne front man Adam Schlesinger sang, “You made it through the troubled times.” So I smiled. It was beautiful. It was a moment.

I thought about a meeting I had this afternoon, one in which I was being pitched an integrated marketing (aka “branded entertainment” aka “sponsored programing”) execution that was just a few inches too many beyond what I call, The Grunnick Line. (At the end of Albert Brook’s 1987 Oscar-winner, “Broadcast News,” Tom Grunnick (William Hurt) says to Jane Craig (Holly Hunter) of journalistic ethics, “It’s hard not to cross the line when they keep moving the little sucker, don’t they!?!”)

Now, I didn’t move to Manhattan to be a socialist or a prude, and I appreciate the challenging business climate. So I do my best to say yes. Which led me to share with my colleagues the story of John Lennon and Yoko Ono’s first meeting.

“Listen,” I said (talking quickly on account of running on nothing but Shredded Wheat and water), “I’m as dubious as the next guy that Yoko broke up The Beatles. But that’s not my point here. My point is, one of my favorite stories is that of John and Yoko’s first meeting. He walked into a big, empty, whitewashed art gallery with a ladder in the middle of the room. He climbed it to find a magnifying glass hanging from a string. He looked through the magnifying glass to see one word written in tiny letters: Yes.”

I told them no in the meeting, but that’s not my point either.

So my cab turned right off Central Park West, and I looked up to see Midtown wrapped in fog just as Fountains of Wayne front man Adam Schlesinger sang, “You made it through the troubled times.” He turned left on Ninth Avenue, right on 57th, then double-parked on the near right of 57th and Tenth. I stopped into Duane Reade for some contact solution and Claratin-D, then crossed the Tenth towards my apartment.

As I stepped off the elevator, Crowded House’s “Better Be Home Soon” came on my iPod. I smiled, because it was a beautiful moment. And as I turned the key, Neil Finn sang:

I slipped my headphones onto Abbi’s head, and we slow danced in place.

‘Yes,’ I thought swaying there in the entryway. ‘For the first time in my life…’