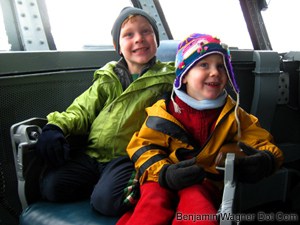 One more crazy detail? Intrepid’s steam catapults (the track than launches the planes) could — if pointed vertically — send a 3000 pound automobile 6000 feet in the air.

The Intrepid served in WWII’s Pacific Theater of Operations, the Korean and Vietnam Wars, and as the recovery ship for a Mercury and a Gemini space mission. Today, it rests perpendicular to the West Side Highway in the Hudson River.

Little of which, it seemed, was of much interest to Ethan and Edward. They were all about turning every nob, flipping every switch, climbing every ladder and seeking out every hidden compartment. And asking questions. Why are the wheels so big, Daddy? Where is the engine, Daddy? Why do the wings fold, Daddy? Can I have this 1:100 scale replica, Daddy?

“And where are we going to put that nine-foot, plastic Intrepid, Ethan?”

My favorite moment? Holding Edward’s hand as gingerly stepped down the near-vertical stairway. My least favorite? Peeling him off of a 3D flight simulator. “No! No! No!” he screamed, scissor-kicking his legs in the air before breaking free, running away and collapsing on the floor. 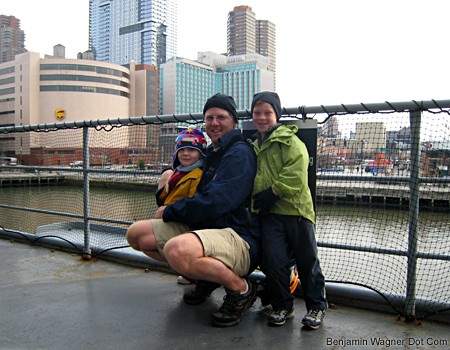 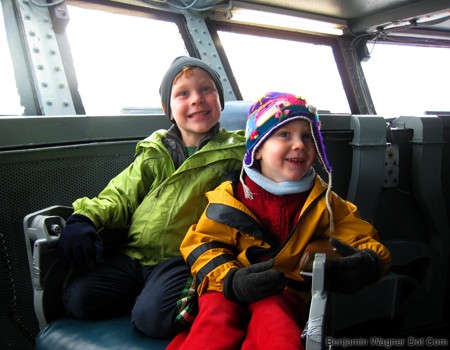 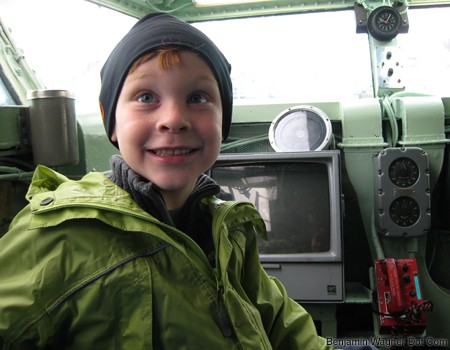 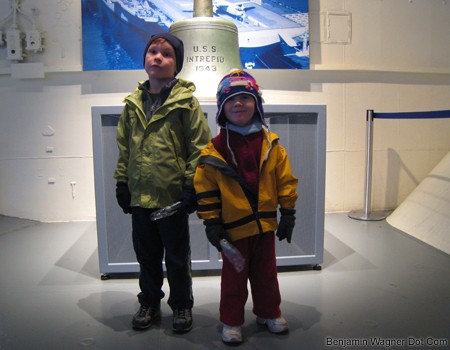 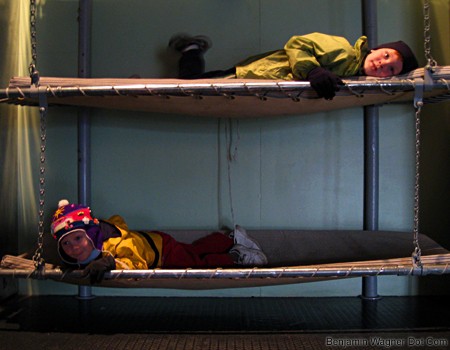