Exiting The Too Much Information Superhighway 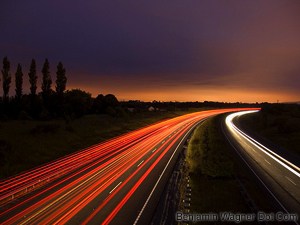 I received an interesting email from an Editor at a Major Online Publication last week.

“We’re collecting a number of short pieces written by people that have been written about in the New York Times ‘Modern Love’ series,” it said. “We are basically looking for a response to the original Modern Love piece — either the other side of the story, or simply recalling the experience of seeing your love life detailed in the Sunday Times.”

“From some poking around online,” the email continued, “I’ve discovered that the subject of the November 14, 2004, edition, ‘Traveling the Too-Much-Information Highway’, was you.”

And then, of course, the call to action.

“As a result, I am wondering if you’d be at all interested in penning a piece for the project.”

Yes, I was the subject of “Modern Love” (the object, really, but who’s diagramming sentences). And, in fact, wrote a fair amount about it then. Still, I never “responded” to it per se, and certainly not for a Major Online Publication.

So I left The Editor’s email alone, turning over a pro/con list in my head for a few days.

The only “Pro” I could come up with was “Exposure,” but it didn’t seem like the kind of exposure that was going to fuel a ton of iTunes action and even if it did, probably not enough to warrant the potential cons.

Oddly enough, the primary “Con” I came up with was “Exposure,” too. This time, though, it seemed significant, like picking at scar tissue until the wound reopens and a bunch of amateur doctors with poor hygiene start coughing up a prognosis. What’s more, I wouldn’t just be exposing myself. It’s not about “Me” anymore; it’s about “Us.”

Still, part of my (the 33-year-old, I assume) was shocked to read the following email before clicking, “Send.”

“Thanks for your email,” I wrote. “But I don’t think I’m interested in opening that can of worms in that way.”

I’ll save it for the memoir.