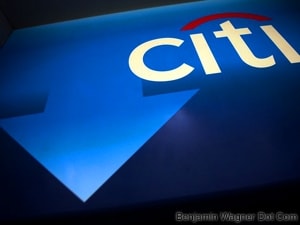 My college band, Smokey Junglefrog, performed its first show in the fall of 1991 at a shady rock venue on Erie Boulevard in Syracuse called The Lost Horizon (don’t look for it, it’s not there; the venue closed in 2005, then re-opened elsewhere this year).

Though The Lost Horizon was home to touring metal bands like Guns ‘n Roses, Earth Crisis and Godsmack (to say nothing of local metalheads like Masters Of Reality, Aftermath or Cursed From Birth), all sorts of bands played there: The Mighty Mighty Bosstones (for whom Smokey Junglefrog later opened), The Samples (ditto), The Dead Milkmen and Husker Du.

College was, of course, an exciting time for discovering all sorts of new music: The dBs, The Innocence Mission, Luka Bloom, Uncle Tupelo and Toad The Wet Sprocket (sorry, I was that guy). But I give Jamie, Pete and Fish tons of credit for turning me onto all sorts of bands I’d never heard before: Buffalo Tom, Social Distortion, The Pixies, The Breeders, The Specials, Bim Skala Bim, Chucklehead.

We had a few original tunes under our belts for the first show (most highly derivative of all of the aforementioned) at the time, but rounded out the set with cover tunes. In addition to a searing renditions of The Beatles’ (via The Breeders) “Happiness Is A Warm Gun” and The Replacements’ “I’ll Be You,” we knocked out The Pixies’ “Where Is My Mind?” (later to appear on our debut release, “Crumble”), and Elvis Costello’s “What’s So Funny About Peace, Love & Understanding?”

I don’t remember thinking much of the Elvis Costello tune, save for the facts that I could play it on my guitar (my library of chords was even smaller than it is today) and that it seemed to fit into my general aesthetic at the time (Guatemalan pants, dancing bears, beads).

For starters, “What’s So Funny About Peace, Love & Understanding?” isn’t an Elvis Costello tune, at least it wasn’t at first. The song was written by Nick Lowe, and released in 1974 on the album, “The New Favourites of Brinsley Schwarz,” by his band Brinsley Schwarz.

The Elvis Costello & The Attractions version was first issued as the B-side of Lowe’s 1979 album, “American Squirm.” When the song became a hit, it was quickly added as the last track to the U.S. edition of Costello’s album “Armed Forces.”

Nico Lowe may have been actually singing about peace, love, and understanding, but Costello was taking the piss. There’s a thick, acidic thread of cynicism there. Which is why Rolling Stone Magazine called Costello’s version 284th Best Song Of All Time.

The original… was mellow and cute, but Costello snarls the song intensely enough to make the title question seem brand-new, with thundering drums and droning piano. It’s like Abba playing punk rock.

All of which made hearing it in the Citibank this afternoon all the more jarring.

Used to be, a guy could count on walking into his local bank and hearing some high-quality Muzak, or, at worse, some Perry Como or Neil Sadaka. But… Elvis Costello!?!

I mean, I realize that it’s not like Mr. Costello (born Declan Patrick MacManus) offered the tune up for a, I dunno, Visa commercial (ahem, Mr. Corgan), it just happened to be playing at the time. Still, the cognitive dissonance was just too much for me.

Here’s The King of Integrity (or at least some kind of nobility, his Sundance Channel show, “Spectacle” notwithstanding) snarling about some legitimate values as I whip a Franklin out of an ATM.

Or maybe it was the perfect soundtrack for my transaction. “And as I walked on through troubled times,” Mr. Costello sang as I waited for my receipt. “My spirit gets so downhearted sometimes.”

So where are the strong
And who are the trusted?
And where is the harmony?
Sweet harmony

Anyway, I guess this sorta’ thing’s bound to happen; times change: today’s Elvis Costello is tomorrow’s Muzak. Next come The Pixies, The Flaming Lips, The Smashing Pumpkins, and so on, and so on, and so on. I guess it’s the natural course of things.

Still each time I feel it slippin’ away, it just makes me wanna cry.