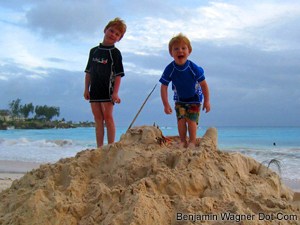 The modern twist on the old cliche that “The phone began ringing off the hook” is “My Blackberry inbox was stacked like a bad game of Tetris.”

And so it was Monday at 5:49 pm, incoming messages fall like straight, horizontal bricks in the moments between landing and unloading at the gate, one after another after another.

And so it was still at 6:01 pm. I stepped out of my gloriously-isolated, time-traveling aluminum cylinder into the chaos of my waking life. A frigid wind blew through the automatic doors. Worse, all hell had broken loose in the intervening five hours since I’d left Los Angeles. Ninety-four emails and two Blackberry Instant Messager (BBIM) icons told me so.

The specific issue doesn’t matter. It was just another fire drill, another chance to weigh values against commerce, principles against relationships.

I deleted the uneccesary messages, then tucked it all away in my pocket. I breathed deeply to shake my suddenly-rattled nerves, and scanned the ancient, unhurried baggage claim belt.

Between emails, text messages and phone calls, the instants away from work are fewer and further between for all of us.

Imagine the massive (if momentary) recalibration afforded me, then, when my inbox filled with these photos of Ethan and Edward in Barbados.

Ah! To build a sand castle taller than one’s self. To bound into the surf. To skim across the waves under power of wind alone.

The complications keep coming. The red light on my Blackberry rarely sleeps.

But there is kind comfort, somehow, in knowing that they’re out there, my nephews, building and climbing, jumping and laughing, singing and dreaming and living every single moment as if it was their first.

And their little sister is following close behind. 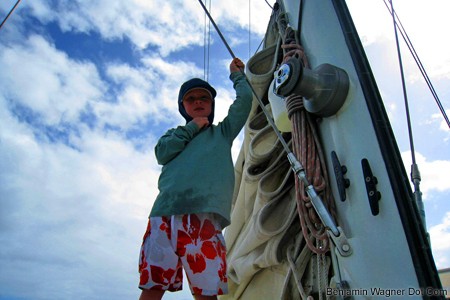 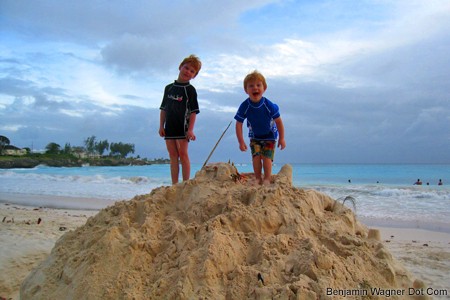 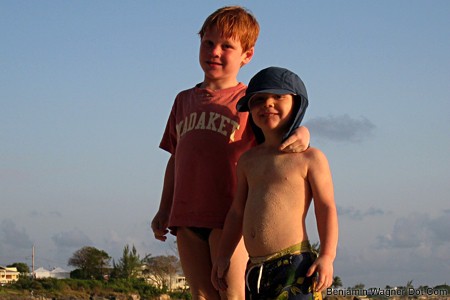