When I Look At The Stars 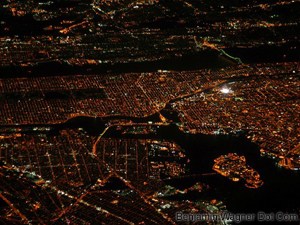 The trick to growing up, I think, is retaining enthusiasm.

We live in a soundbite-fueled, 24-hour, wide-screen, Technicolor Gotcha! Culture.

Mean girls, hipsters, red carpet takedowns, partisan bickering, magazine snarking — it all adds up to something awful. It’s a wonder anyone has anything enthusiastic to say at all. It’s as if showing joy makes us vulnerable.

Example. Yesterday morning, I sat in the Sherry Lansing Theatre on the Paramount Pictures lot in Hollywood, California, where JJ Abrams introduced an advanced screening of Star Trek. Which is all I can tell you because I signed an NDA.

It was at least the tenth time I’ve been on the historic movie lot, including a full week of nearly-unfettered access last summer’s Video Music Awards.

Many of my colleagues seemed nonplussed. But I was still geeked driving through those famed arches, parking in “B-Tank” (where, when flooded, scenes from “Jaws,” “The Perfect Storm” were shot), and walking the same ivy and cobblestone campus as Hitchcock and Spielberg.

Example. I took some heat recently for a piece of content created by a member of my team. Now, it’s my job to stand behind their work no matter what. But this particular thing wasn’t journalism, it was a half-assed, ill-willed, vitriol-fueled, third-tier blog rant.

On any given Thursday, one can wander the hallways of any major media organizations, and hear all sorts of odd things, like an audience referred to as “targets,” or that “The asses are masses.”

I’m in Fred Rogers’ camp, though: We have to remember that the airwaves belong the audience. I work for them. I may not personally like what they do, or agree with every value, but I respect them. I respect their enthusiasm.

Maybe it’s just a like Mister Rogers said: If we don’t see the beauty in ourselves, how can we see it in each other? If consumerism constantly tells us we need more, new stuff to be complete, how will we ever feel whole?

I’m flying home now, somewhere in the night sky high over America. Judging by the amount of time we’ve spent airborne, I’m betting we’re somewhere over Iowa. A dozen cities — clusters of orange-lit grids from here — dot the black and white earth below. A single white light at the end of our wing marks the horizon where a gauzy-gray haze ends and inky-black space begins. It’s precisely the kind of vista bi-coastal executives tend to take for granted or, worse, miss entirely.

America is beautiful from here. It makes me want to walk the whole thing, give everyone a hug, and say, “It’s alright. Believe in your better history. It’s yours to create, after all.”