I Am A Leaver

I flew to Los Angeles Monday morning for a series of movie studio meetings.

No, I’m not going to be in a major motion picture, or contribute a song to a soundtrack. And no, I haven’t found financial backing for “Mister Rogers & Me.”

It was supposed to be an in-and-out, hit-and-run thing: thirty-six hours. So I packed light: my laptop, a toothbrush, an extra dress shirt, t-shirt, socks and undies.

Still, there was an outside chance I’d get stuck here a day or two longer. Which I told Abbi.

“Why don’t you just plan on staying longer,” she suggested. “Yunno, be prepared.”

“I like going light,” I replied. “Besides, I need some new t-shirts.”

Which is how I think. Go light. And if you need it, buy it.

Which is exactly how I was thinking when I left my tux at home for inauguration weekend. And explains why I spent three hours scrambling around Washington, DC, for tuxedo parts and barely made it to The Youth Ball in time for President Obama’s speech.

Fast forward to this morning. I wake to a sweeping vista of the L.A. Basin clear north to Malibu, and an email from The Man.

The bad news is I’m stuck here ’til Thursday afternoon.

The good news is, there’s a J Crew just a few blocks from my hotel. 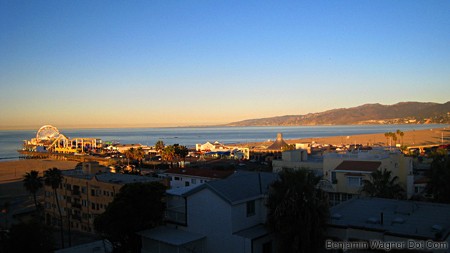 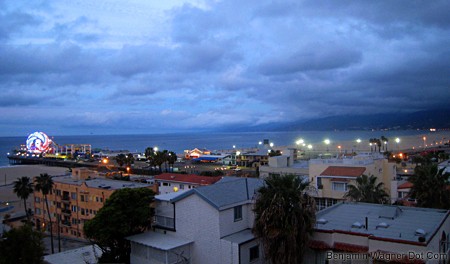 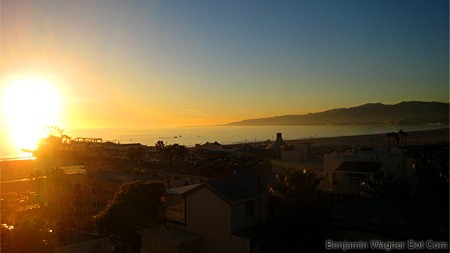