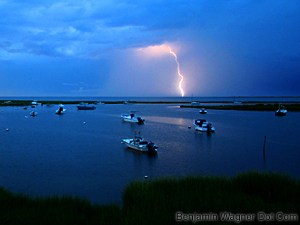 What with getting engaged, then promoted, and then married — not to mention honeymooning on the other side of the world and releasing a few albums — it didn’t seem possible that this year could possibly top 2007.

And nothing will ever top that happy day last October.

I released two albums (“The Invention Of Everything Else,” and “Live From Rockwood Music Hall”) and spearheaded two benefits (“A Holiday Benefit, Vol. II” and “River Songs”).

I spent nearly two months away from home on account of the day job: Seattle, San Francisco, San Diego, and (for three of those eight weeks) Los Angeles. And Abbi and I managed a few fun trips too: Nantucket, Massachusettes, Bray’s Island, South Carolina, and Speedway, Indiana.

By my count (or, my Garamin Forerunner 305’s, anyway), I ran just shy of 700 miles: sometimes in a cool race or cool, new town, but most of the time in and around New York City.

The truth is, though, most of the year’s best moments were little ones: laughing with Abbi, goofing around with the nephews, hanging with the band. For the sake of argument and retrospect, though, here are my Top Ten Stories Of 2008 in chronological order.

January 20: Meeting Bono – Meeting one’s hero is probably over rated. And I should know; Between Bono and Michael Stipe, I’ve now met at least two. So I can tell you this much: It’s worse when you’re just some random journalist. That said, I’ve managed to find an iota of meaningful exchange in most every conversation with a celebrity, including Bono (in retrospect, anyway; in the moment, I couldn’t get past his Irish brogue or blue-gray eyes). In this case? That MTV should get me better concert tickets. And that musical inspiration comes via “The Ancients.” Thanks, Bono.

April/May: Making “The Invention Of Everything Else” – It’s a shame that “Invention” came around so late in my “career” (as if it could have at any other time), because it all came together with this one. The songs are my best yet (and certainly my happiest yet). Recording was quick and painless (the closet notwithstanding), and the band was ironclad and collaborative. Jon Locker and I nailed long-distance, self-production. The whole record hangs together lyrically and sonically. And somehow, I jammed it into a ridiculous schedule, including…

June 1: MTV Movies Awards/Universal Studios Fire – What a week. I’d wake up on Eastern Standard Time (despite being in LA), check my Blackberry, run five miles, get on my laptop, eat some breakfast, then repair to my windowless, basement office at Universal Studios. Then, one morning, I wake up to the sound of helicopters. Like, Vietnam-sounding helicopters. Before the end of the day, my footage of the fire had aired on CNN, and I’d driven all over the lot in a golf cart.

June 26: Hy-Vee Triathlon/Authentic Records Benefit – This was a fun one: a triathlon and rock show all in one day. And we raised $5k to boot! Awesome fun with the Des Moines crew. (And not a bad finish on the tri.)

July 10: Killing The Blues – You already know “Killing The Blues” was my song of the year. Well, ends up performing it with Mrs. Jamie Leonhart and the guys one steamy, July night makes my top ten in spades. Why? Suffice to say that I’ve been singing in rock bands for over twenty years (gasp). Still, moments like these — when the notes are perfect, and the energy is right, and the room falls silent then erupts in thunderous, enthusiastic applause — are rare, and wonderful, and appreciated. Afterwards, I remember saying to Jamie, “How did we do that!?!” I’m not sure we’ll ever know. But amazingly, we caught the moment on tape, so at least I can prove it.

July 28: Bruce Springsteen At Giants Stadium – Abbi and I planned this one for months, and dropped a few bucks. Bruce did not disappoint. He inspired.

September 4: My Thirty-Seventh Birthday – Here I was stuck in Los Angeles working hard, feeling old and hating life, and then I get back to my hotel and the nephews have FedExed my handmade cards, and Abbi I spend an hour on the phone while I drink beer, watch TV and eat a hamburger… and everything is as it should be.

September 15: My Emergency Appendectomy – If 2008 had a surprise headline, this would have been it: Stress Sends Benjamin Wagner To Hospital. I mean, I dunno’ if it was stress, or diet or what, but less than a week after our biggest Video Music Awards ever, I was doubled over on the bathroom floor and then — twenty-four hours later — in the ER. What you, Dear Reader, haven’t know (until now) is that I also found out I was going to inherit the news department that day. Which may be the real reason I was in the hospital for three days.

December 1: A Holiday Benefit, Vol. II – I hope we can keep this thing going, cuz nothing makes me happier than puling together a dozen singer/songwriters, and making a benefit album for kids. This year’s edition was a terrific collection of songs. Moreover, though, between recording “Happy Xmas (War Is Over),” rehearsal, and the big release show, the group spent all kinds of time together. And had a ball. Oh, and raised three grand. Not bad.

Honorable mention goes to the birth of my niece, Ella Rose Wagner which, had I anything to do with other than showing up and taking pictures, would have rated higher. Also, presenting to a room full of media executives and CMJ attendees made for two big moments in one week.

Oh, and that evening on the porch watching a thunderstorm track across Nantucket Sound? Major.