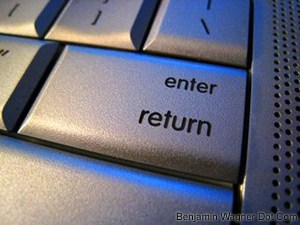 With an average readership of a few hundred friends, family and fans a week and nearly no revenue (not counting a few hundred bucks of record sales), I’d like to think it was all worth something. And in perusing the year, I think it was.

In most cases, though, it’s the style I’m proud of more than the subject. My favorite posts find me weaving together my present with my past, dipping into my childhoood (or beyond) for the source of something present. So if these four hundred, double-spaced pages amount to anything, it’s practice for that long-threatened memoir.

Hide & Seek: A Consideration Of REM & U2: When I was a teenager, I wanted to be Michael Stipe. As an adult, I want to be Bono. What’s the difference? Read on.

Benjamin Braddock, Holden Caulfield & Me: Ever wonder why your heroes are your heroes? Or whether their heroic qualities age well? Me too.

Vows: I wanted to do my wife right on our anniversary without straying into super-sacherine treacle. If our marriage has a mission statement, this is it: I’ll work for your love.

The Screening Of Your Lifelong Dream: One of this year’s finest refrains was the value of silence amidst static. I found a tiny slice of it high above Los Angeles this June.

The War Of Independence: A Family Snapshot: This wildly-unpopular post was inspired by a newspaper clipping. The blurb — myself and two other Valley Forge Photo Contest winners smiling by our matted, prize-winning photos — jogged my memory, and prompted me to draw parallels between the struggle between the Continental and British armies, and that of my parents.

With Or Without You: Another U2-inspired post, yes. Moreover, though, an exploration of the value of epiphany (or adrenaline).

Paying My Rent Every Day In The Tower Of Song: Here, my trip to Des Moines (during which I opened for The Nadas, met Raining Jane, and generally agonized over the rift between my day and night jobs [aka my vocation and avocation]) returns me to the Leonard Cohen classic.

The Miracle Of Suffering: Sometimes, the most essential existential lessons are the hardest learned (shame I wasn’t reading the signs, though; barely four months later, I was on the floor again).

The Miracle Of Showing Up Every Day: The best moment of the year, though, was scarcely a nanosecond (good thing I caught it on film).

Underground: If I’d only known when I was sixteen-years-old…

So… about that memoir?