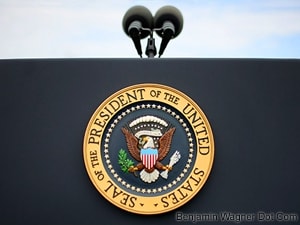 It hasn’t been until pretty recently that I even began to consider “The American Dream.” I dunno’, maybe I was too young, too single, had nothing invested or at stake.

The older I get, though, and the more historical storms I weather (September 11, The Invasion Of Iraq, Hurricane Katrina, etc), the more I’ve come to consider who we are as Americans. Oddly enough, at the end of the day, the prime value we seem to hold for ourselves (mythically, anyway), is a sense of home — something I’ve wrestled with for years (and only begun to feel a true sense of recently).

Nothing moves us (or breaks us) like the idea that everything would be better with a front door, wrap-around porch, and white, picket fence. Everybody wants a little patch of green, four walls, and a number out front (plus, maybe, an SUV, Sony PlayStation, and — what the heck — an in-ground, luxury swimming pool).

We have some myths around how the world sees us too. I’ve never bought the whole “Leader of the Free World,” thing; strikes me as arrogant. And “World’s Policemen” is even worse. Seems to me we worry too much about protecting those four walls. It’s a little too Twentieth Century for my tastes.

If the last few months of economic turmoil have shown us nothing else, it’s that we’re not invulnerable (though The Axis of Evil isn’t the problem). It’s ourselves, our hubris, or arrogance. Because our houses are just homes. Our real home is the whole shebang, The Big Blue Marble (as we called it in grade school).

So I take the long view. The really long view. The one from space, where there are no borders, no boundaries, and no countries. The one where we’re all in it together, and we’re only as healthy, wealthy and happy as our sickest, poorest, and saddest citizens.

Anyway, I rediscovered John Mellancamp’s 1983 single, “Pink Houses,” the other day. It got me thinkin’ about all this stuff: The American Dream, The American Myth. And I’m not exactly sure how, or why, but it made a little bit more sense to me (especially after I spent an afternoon recording my version of it). Like “Born In The USA,” it dawned on me that this country, this myth, this dream of ours is as hopeless as is hopeful, as fruitless as it is fruitful, as frustrating as it is uplifting. Which, maybe, is life.

I know I’m the guy who “works in some high rise,” and “vacations down in the Gulf of Mexico.” But I’m also a “simple man.” And this one’s pretty simple after all.

So download my cover version of “Pink Houses” below, copy it to your iPod, and — for Heaven’s sake — get out there and vote. Yunno’, for America. For each other. For the world.