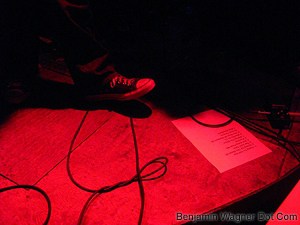 I mean, I don’t wanna’ overstate anything, but tens days ago, I was laid out on a slab of stainless steel, shaved, intubated, swabbed with iodine, and incised. Tonight, I was stompin’, singin’ and scissor kickin’.

But tonight wasn’t about me.

My band mates, Tony, Chris and Jamie, rehearsed my set without me Tuesday night on account of me being too weak (or too lame) to do so. So where I was teetering on the edge of train wreck, they were rock solid. Bruthas have my back.

What’s more, singer/songwriter extraordinaire Jamie Leonhart (who — mark your calendar — is performing at Rockwood next Tuesday at 8pm) killed it again, slogging through the rain to dust her angelic soprano on my rough-and-tumble rock songs. “Killing The Blues” was transcendent (as you’ll hear when we release it on my forthcoming “Live @ Rockwood Music Hall” EP in November). And during “Breathe In,” when I went for a C instead of a G and nearly derailed the whole proceeding, she didn’t fluster, but swayed stoically, waiting confidently for the band to right itself. Which we did, and finished the song strong.

In a brief, micro-conversation before took the stage, Jamie said, laughing, “I have a constant, low-level buzz of anxiety.”

“Me too!” I admitted, relieved, like I’d met a long-lost sister.

See, it doesn’t take much to rattle me onstage: a rogue comment (last night it was “Freebird!” between the first and second songs), a critically-esteemed audience member (last night, “Golden Days” director Chris Suchorsky, Fuse producer Bruce McDonald, and Rich Girls front man Matt Basile had me on my toes), silence between songs.

The narrowly-avoided “Breathe In” fiasco (which, I’m pretty sure no one noticed except the band), partnered with my gravely voice and diminished lung capacity (a result of having a plastic tube jammed down my throat and breathing on a respirator for an hour and a half last week), low-level buzz of anxiety was cranked to eleven.

And so I had a choice as I stared down at remaining tunes on the set list: Get into my head, or out of it. For just a second, I stepped outside of myself, and surveyed the room. There’s my wife, smiling. There’s my sister-in-law, singing along. There’s the Abadfest ’08 Crew, bopping their heads to the beat.

‘Last week, I was pushing an IV down a hospital hallway,’ I thought. ‘Tonight, it’s raining in New York City and the world’s falling apart, but this rag-tag group of friends and family are here together, singing along to a couple of optimistic rock songs.’

I chose the latter, and didn’t look back until the final, gloriously resolute A major that ends “Dear Elizabeth.”

But tonight wasn’t about me.

So Chris, Jamie and Tony were performing Chris’ songs after my set. And they were crushin’ it. Chris’ songs are catchy, muscular, and angular. They’re full of clever changes and smart stops-and-starts that the guys had dialed in tight. Chris was in terrific spirits to boot, laying into his solos, telling tales between songs — clearly confident and happy. Which is when he pulled the big surprise.

“So we rehearsed without Ben this week, which was weird enough,” he said. “But we decided to take it one step further. So, Ben, if you can spot this one, and we don’t butcher it, pop up and join us.”

It took me a minute to recognize it because they totally Chris Abad-ized it (that is, Chris played some crazy-interesting, slightly-dark chords instead of my straight EmGCD), but there it was: my 2003 “Love & Other Indoor Games” single, “The Rest Of My Life.” I was floored! It was awesome! So, of course I jumped up on stage — totally, 100% moved by the awesome, thoughtfulness of my pals — and pitched in some woozy, half-drunk harmonies.

In the end, as Abbi and I raced uptown through the rain in the back of a cab, there was no low level buzz. All I felt was light, joy, levity and gratitude for the best m*ther*ckin’ crew ever — plus an iota of relief that I didn’t pop a stitch. 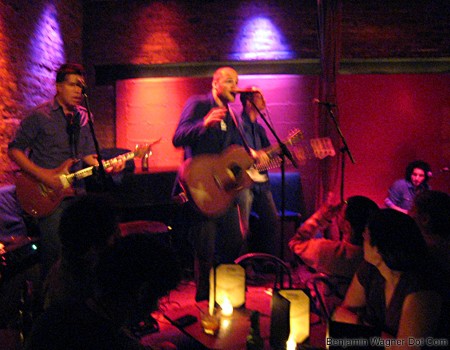 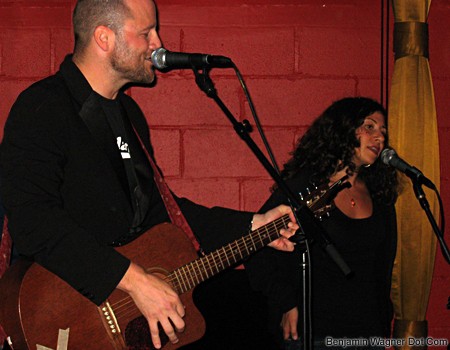 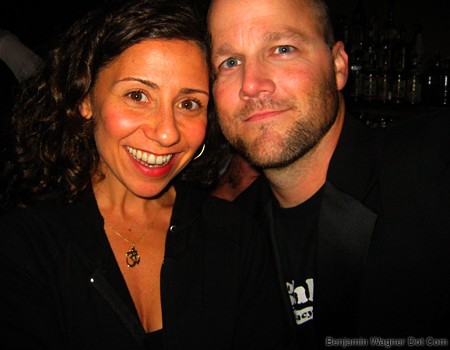 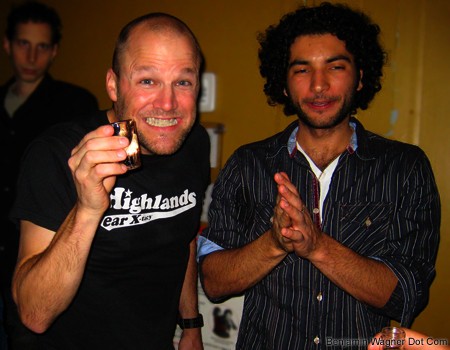 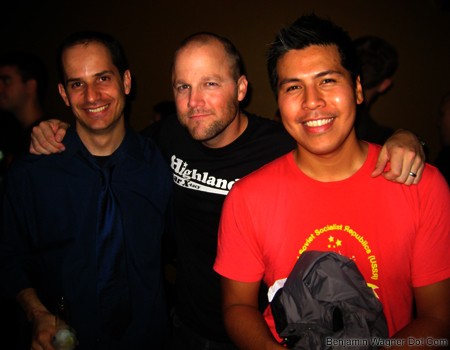