In The Shadow of Seattle 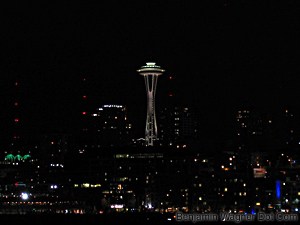 Abbi and I were in Seattle for a pal’s wedding this weekend.

We were full-on tourists. We had a great time riding the ferry to and from Bainbridge, jogging along Peugeot Sound, rambling through Pike’s Place Market, and staring out from the Space Needle.

We ate fresh seafood and drank local beer at every meal.

Skies were blue, and vistas were immense (in fact, check out my photos of Seattle).

Still, it could have been my hangover Saturday morning, or it could just be my generation, but it was difficult for me to walk the streets of Seattle without imagining them from Kurt Cobain’s perspective.

And like most of America, Seattle has a rusty underbelly. There are strip clubs across from Pike’s Market, and homeless under the overpasses. One guy muttered “Howly” at me under his breath. Another peeled out as I passed in front of his pickup truck.

What gives? Is it the weather? The longitude? Latitude? What makes us who we are? What makes our art what it is?

For me, anyway, Seattle is permanently brushed with grunge. At best, it’s Cameron Crowe’s “Singles,”, at worst, the place where Rock’s Savior swallowed a shotgun.

We haven’t heard the end of it since.

In “Frances Farmer Will Have Her Revenge On Seattle,” Kurt wails, “I miss the comfort in being sad.”

But which came first? The music? Or the misery? The place? Or the philosophy?

In Marcy Playground’s “The Shadow of Seattle,” John Wozniak sings, “Seize all the records from the past / hold for ransom all the artifacts / this ragged town protects them to the last.”

Like Liverpool, Minneapolis, and Athens, Seattle will be free.

It’s just a place. And a beautiful one at that.