The Thrill Of Victory (And The Agony Of Defeat) 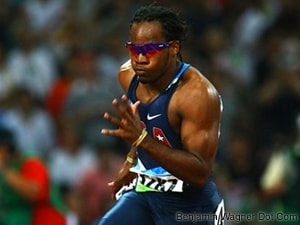 Listen, I’m the guy who tears up during Gatorade commercials. Still, I gotta’ say, I don’t remember ever being moved by the Olympics.

Sure, that the opening ceremonies were lip-synched and CGI-enhanced is weird, telling, and a bummer. And that NBC’s coverage is chocked-full of hyped-drama, political softballs and integrated marketing.

Still, it doesn’t matter what I know of a specific event (usually very little); watching these athletes compete bearing in mind that they’ve trained their entire lives for just a few moments is nothing short of inspiring.

Now, I never really knew competition until my late-20s. I played baseball in grammar school, soccer in junior high, and ran the 400M in ninth grade (my 1:04 was a solid fifteen seconds off semi-finalist Jeremy Wariner’s 00:49:15). And then nothing until I moved to New York City and began running NYRRC races and NYC Triathlons. And while I run 3-5 miles most weekday mornings, a long run on weekends, periodic visits to the gym and occasional bike rides and swims, I don’t train much at all. Still, I’m always racing myself, always gauging how a certain pace feels, how a given distance feels,

I’ll never win it, but I’ve stood at the start of the New York City Marathon, ten months of early morning slogs through Central Park under my belt, a torn quadricep burning above my patella, and thought, “This is it.’

And so I watch the faces of these competitors, and I feel like I have just an iota of a sense of where they’re coming from.

Like Sunday night, as Abbi and I found ourselves rooting for Romania’s Constantina Tomescu Dita as she pulled away from the pack, and won the women’s marathon.

Or earlier tonight, I made one audible gasp after another as Chinese gymnast Li Xiaopeng flipped and flew his way to gold on the parallel bars.

And just now, I watched Lolo Jones — who was crushing her competitors in thee 100M hurdles — stumble on her ninth of ten, lose, and collapse on the track. Seconds later, she fed the media beast with class.

“You hit a hurdle about twice a year where it affects your race,” she said. “It just sucks that it was on the most important race of my life.”

Seconds later, a telephoto lens spied her weeping beneath the bleachers.

Now, if that doesn’t force you to tackle your Wednesday just a little bit differently than the day before, well…