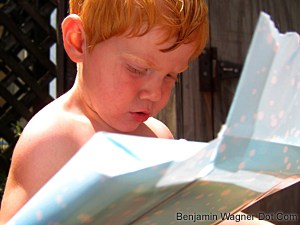 Yesterday, though, he was forming complete sentences like, “I got it.”

As is the dynamic between he and his older brother. Edward’s a happy kid: following Ethan, copying his every move, and grinning the whole time. Ethan adores and protects him, bristling when the limits of his authority are breached (like when his commandeering of Edward’s two-minute-old Tonka truck is rightfully vetoed by his father).

As I watched the boys frolick on the roof deck, wholly entertained by a bucket of water, I tried to remember when Christofer and I were five and two, respectfully. I couldn’t, though a similar dynamic existed between us, I’m sure, though it ebbs and flows and adapts to changing times and tides.

Both boys are about to embark on brand-new territory, as Ethan and Edward anticipate a younger sibling still. Will Ethan’s reign be bolstered at the oldest? How will Edward adjust in the middle? Stay tuned. 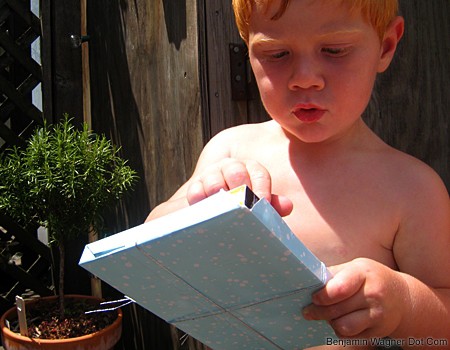 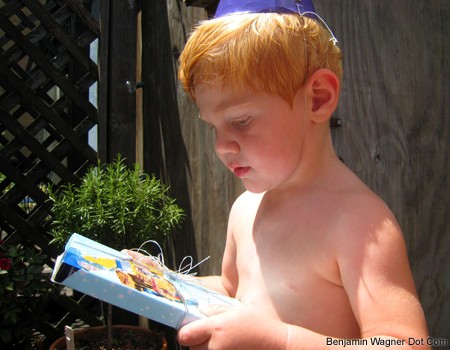 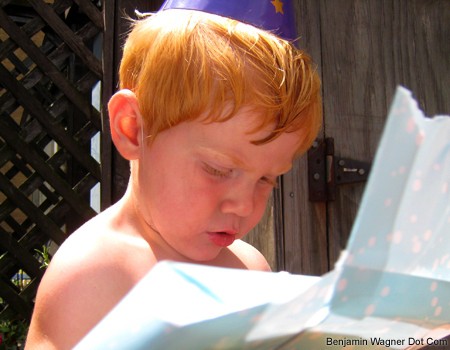 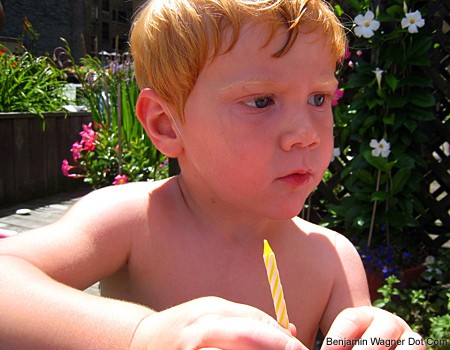 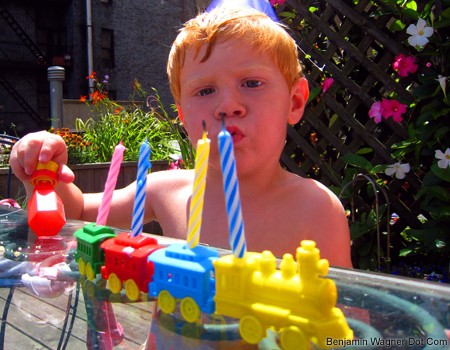 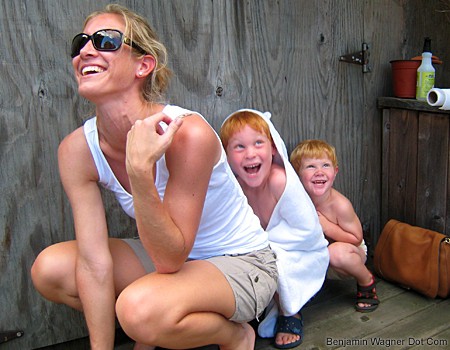