Bill Graham Presents: My Life Inside Rock & Out 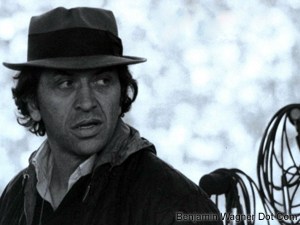 Even within the context of my well-chronicled rock bio addiction, this is an anomaly: 608 pages about neither a singer, guitarist nor even a bassist or drummer.

That said, Bill Graham was no run of the mill rock ‘n roll promoter.

Until his death in 1991, he played a role in almost every major moment in rock ‘n roll, from The Grateful Dead’s first club show (part of what would come to be known as The Acid Tests) to Woodstock to Live Aid.

Along the way, he worked with Janis Joplin, Jimi Hendricks, The Band (organizing their seminal and era-ending, “The Last Waltz”), Crosby, Still, Nash & Young, Led Zeppelin, and The Rolling Stones.

What’s better still is he didn’t take shit from any of ’em.

All this from a guy who was born Wolfgang Grajonca in Berlin, Germany, never met his father, grew up in an orphanage, lost his mother and two of his four sisters to World War II, emigrated to the United States, was raised by a foster family in The Bronx, received a Bronze Star and Purple Heart in the Korean War, then worked as a waiter and maître d’ in the Catskills — which is where his really began to buff up his moxy.

Graham was in his thirties by the time he moved to San Francisco to be closer to his sister, Ester. The scene was exploding with music, poetry, and counterculture activism. Graham’s Fillmore Auditorium (and later Fillmore East and Winterland) was the nexus.

In those early days, while a generation of kids was tripping its face off, Graham was known to pace madly around the Fillmore taking notes on his clipboard on how to improve the club experience. He was a son-of-a-bitch of a businessman who was known for his personal attention to artists.

Keith Richards remarked, “It’s very rare person who can deal with the paper clips and the boardroom at the same time. Bill is one of those people.”

The story doesn’t end well, though.

Graham died in a helicopter crash on the way home from a Huey Lewis & The News show. he was 61-years-old.

His company, Bill Graham Presents, was eventually sold to SFX Promotions, which in turn sold the company to Clear Channel Entertainment. Clear Channel , the largest owner of full-power AM, FM and satellite stations in the world, spawned Live Nation, a mega-live events company recently responsible for multi-million dollar “360 deals” with Shakira, Nickelback, Jay-Z and Madonna. Both companies are pretty much known as the antithesis of Bill Graham: impersonal, corporate, and interested in neither the artist nor the audience but instead, the bottom line.

Which is how most American success stories end, so why not this one?