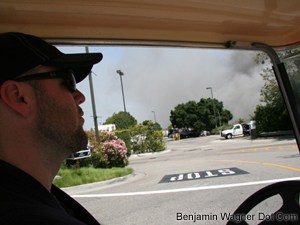 “That chemical smell,” the security guard said, “Is our archives burning.”

We assembled in the lobby, then began down the hill. Not surprisingly, Lankershim Boulevard was strewn with orange cones and Los Angeles’ finest. Most of the Universal Studios gates were barricaded. After a short detour (and a few wrong turns) we made to Gate 3.

Smoke was still pouring out of the back lot, just a few thousand feet from our offices, as we gathered ourselves and tried to address remaining coverage issues. We called a final production meeting atop the hill, jumped into a pair of carts, and raced off towards the smoke.

It was more than a little eerie — and, I’ll be honest, exciting — peering over the edge of the hill into the charred lot.

The MTV News production office was an odd combination of calm, and chaos. We raced to shoot a quick news brief, the split up: most got in positions for rehearsals, while Ryan and I came back down the hill to post the video online.

This from MTV News:

“The areas we are utilizing for our production were unaffected, and the 2008 MTV Movie Awards will go on as planned,” the spokesperson said in a statement. “We’re working closely with authorities to make sure everything operates smoothly.”

According to Los Angeles County Fire Chief P. Michael Freeman, the blaze started on the studio’s New York street facade — where episodes of shows like “Seinfeld” and “Sex and the City” were shot — sometime around 4:45 a.m., and quickly engulfed several more street facades and the studio’s so-called “King Kong building,” a stop on Universal’s back-lot tour, where a large mechanical ape bellows at tourists and the artificial smell of bananas fills the air. At press time, the cause of the blaze was undetermined, he said.

“The fire moved very fast,” Freeman said. “So we responded accordingly to contain the situation.”

The show will, of course, go on.

In fact, the red carpet opens in less than an hour. 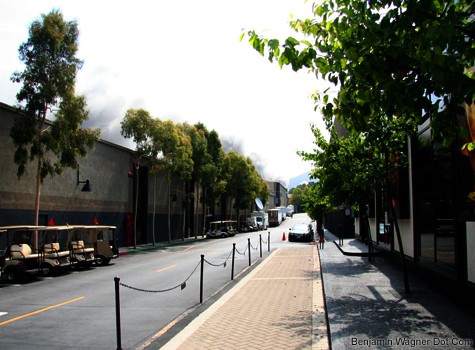 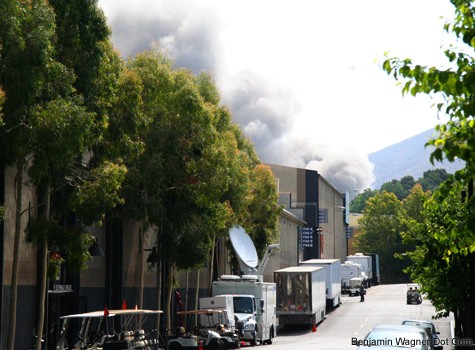 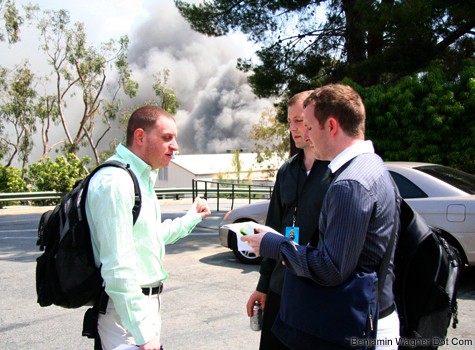 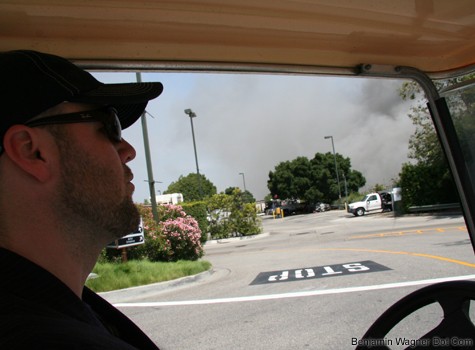 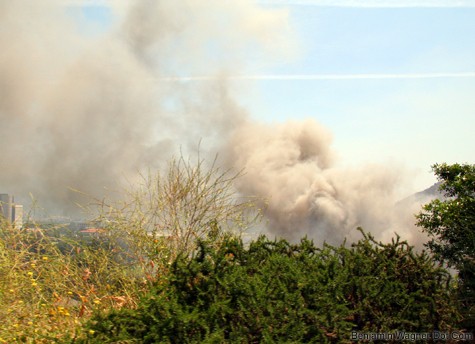 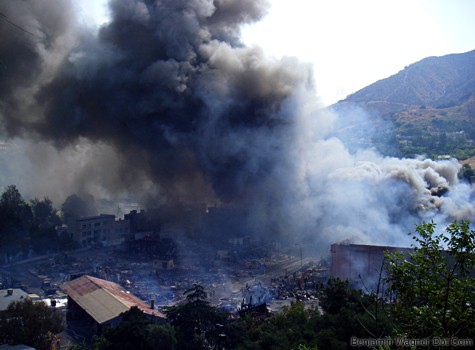