The Miracle Of Suffering 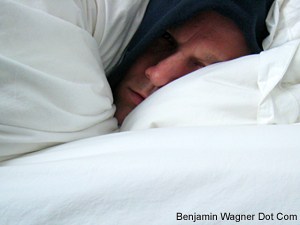 “I think you’re gonna’ have to throw up to feel better,” he said matter-of-factly.

The morning began at the iTunes music store. Such is my voracious appetite for substantive public radio podcasts that I’d already burned through “This American Life,” “Studio 360,” and two episodes of “Fresh Air” on my twice-daily, fifteen-minute commute — and it was only Wednesday.

Browsing the options — “A Prairie Home Companion,” “Bill Moyer’s Journal,” “Radio Lab” — left me cold (maybe because two of the three denied my “Mister Rogers & Me” interview requests, maybe not). I was drawn, though, to “Speaking Of Faith.”

“Speaking Of Faith” airs early Saturday mornings here in New York City. I often hear the tail end of Krista Tippett’s broadcasts in the quiet moments I spend in the kitchen before Abbi wakes. Her non-denomination, existentially-inquisitive show always inspires me. In fact, last December, an interview with Reverend Jim Wallace moved me to write this blog post on my “Making ‘Mister Rogers & Me.” And just a day or two ago, I was updating Abbi on Chris and my progress on the documentary. We’ve cut nearly twenty-six minutes of the film thus far, four minutes more than the average network half-hour show.

“Someone asked me today how I imagined this project ending up,” I said. “And I thought of that radio show I like, ‘Speaking Of Faith,’ and thought maybe I could do some sort of younger, hipper, more thirtysomething television version of that. Yunno, half hours where we meet interesting, substantive people like Bo Lozoff or Ira Glass.”

Little wonder, then, that I was drawn to download the episode, and stepped out the door. In the bright morning sunlight of Tenth Avenue, I discovered that the episode featured Vietnamese Zen Master, Thich Nhat Han. I first learned of him from my mother, who gave me the mystic’s seminal work, “The Miracle Of Mindfulness” in college. I was a little young to get him then, I think, though I still remember of his metaphor of doing dishes mindfully — washing each fork and plate with complete presence in the process and the moment — but usually fail to do so.

When you breathe in your mind comes back to your body and then you become fully aware that you are live, and you are a miracle. And everything you touch is a miracle. The blue sky, the face of a child. Everything becomes a wonder. And so you need to breathe mindfully to get into touch with all of these things, and that is a miracle. Because you come to understand suffering, and the role suffering plays in life. And you know how to make use of suffering in order to build peace and happiness.

It is like growing Lotus flowers. You cannot grow them normally. You have to grow them in the mud. Without mud you cannot have Lotus flower. Without suffering, you have no way to learn how to be understanding and compassionate.

As Wednesday afternoon became Wednesday evening, it dawned on me that I hadn’t eaten anything but a bran muffin and cup of coffee. Worse, I’d run four miles without rehydrating. This on two nights of four hours of sleep each. I jammed a balance bar into my mouth, and dashed off to a meeting.

Afterwards, as the newsroom emptied out, I found myself growing weak and dizzy. Everything between my belly button and knees ached. I closed the door to my office, and laid down on the hard floor.

By the time I hit the street, a cold drizzle was falling on Times Square. Weakness was turning to nausea. My abdominal pains had doubed me over. Miraculously, I found a cab, and collapsed in the back. Speeding towards home, I called Chris to tell him I couldn’t make our last night in the edit. Fourty-eight hours to go on our Independent Film Week deadline, and I had collapsed before the finish line.

“Don’t worry about it, man,” he said. “I had that a few weeks ago. I think you’re gonna’ have to throw up to feel better.”

At home, I slipped into a hoodie and sweats, and climbed into bed. My clock radio read 7:16. I lay there in a fetal position, tossing and turning and trying in vain to find some way of relieving the pain: Stomach, side, back; nothing worked. As the sun fell outside my blinds, I was alone in my empty, gray apartment, groaning and grimacing and wishing the pain away.

By the time Abbi got home, I was crawling to and from the bathroom in a maddening routine. First, a wave of nausea and sweats would drive me to the bathroom where I would lay on the cold, marble floor trying to throw up. Then I would be overtaken by uncontrollable shivers and crawl back to bed, where it would all start again.

I have endured some physical pain in my life. I had hernia surgery when I was nine-years-old, broke my wrist when I was ten, and, when I was sixteen, spent three nights in the hospital with a face like the Elephant Man’s when my jaw was broken by the captain of the football team. And I’ve been nauseas, cramped, weak and dizzy before. But this, Dear Reader, was something else.

The night dragged on agonizingly slow, and through it all, I found my mind wandering all over the map. While I assumed I had food poisoning, some sort of 24-hour bug, was dyhydrated or just plum exhausted, I imagined the worst: stomach cancer, kidney infection, appendicitis. I thought of Thich Nhat Han, and tried breathing deeply. In the small hours of the darkest night, I promised God I’d anything He wanted to let me feel better. Somewhere around midnight, I finally threw up. Three times. And then, finally, drifted fitfully off to sleep.

When I woke up this morning, I felt just a little bit better. Call it 50%. I stayed home until around noon, struggled to put down a few spoon fulls of chicken soup, then trudged into the office for an important meeting.

It’s nearly eight o’clock now, roughly twenty-four hours after the whole ordeal started. The sun is setting over the buildings on Eleventh Avenue casting a beautiful orange glow on the apartment. And I almost feel normal.

I spend a lot of my life racing from one place, one event, one goal to the next. I like it that way. And I count on my body — on me — to keep going, to keep delivering, and meet my demands. In the deepest, darkest moments of my suffering last night, I began to imagine my death as I never had before. In that moment, I was truly and deeply frightened; I’m not sure I have the courage to endure that kind suffering. I imagined the loved ones I know who have died, and appreciated their courage. In my suffering, I found some compassion and understanding. In my pain, I found some healing. And in the morning, I found a little faith.