You Are The Star Tonight 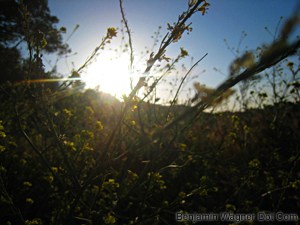 Mulholland Drive follows the ridgeline of the Santa Monica Mountains from Hollywood westward all the way to the Pacific Coast Highway.

The two-lane, meandering road was built in 1924 by a consortium of Hollywood Hills landowners hoping to turn a buck by bringing development to the Hollywood Hills.

It’s named for William Mulholland, Los Angeles Department of Water and Power’s now-legendary chief engineer whose aqueducts and dams made this desert town viable in the early Twentieth Century.

I learned about the fabled road (like so many other things) courtesy of REM. The band’s “Electrolyte” (from 1996’s “New Adventures In Hi-Fi”) name checks the place.

If you ever want to fly
Mulholland Drive, up in the sky
Stand on a cliff and look down there
Don’t be scared, you are alive

Mulholland represents to me the iconic ‘from on high’ vantage point looking down at L.A. and the valley at night when the lights are all sparkling and the city looks, like it does from a plane, like a blanket of fine lights all shimmering and solid.

It’s is the place in films where you get a distance, and the awe, of the city built on dreams and fantasy. Far away enough to not smell it but to marvel at its intensity and sheer audacity.

The first time I visted Los Angeles in 1999, my first order of business was to point my rental car towards Mulholland, REM cranked on my tape deck.

Everything seemed possible then. My eyes were wide. My hopes were high. I thought I was going to be a star.

I came to LA this week to attend EconSM, a web 2.0 conference featuring big wigs from Yahoo, AOL, Disney, YouTube, and Facebook. The ten-hour marathon of panels and networking took place at The Skirball Cultural Center, a mountain-side event space just west of the 405, and just a few feet off Mulholland.

Afterwards, as the sun was dropping behind the hills, I pointed my white Nissan Sentra west along the ridge line and watched the LA Basin and San Fernando Valley spread before me in equal turn.

But it occurred to me as I was winding along Mulholland this afternoon that I’m not made for this place. Los Angeles is too beautiful, too coiffed, too confident. I’m too anxious for L.A. I’m more Woody Allen than Woody Harrelson, more Alan Light than Alan Thick.

I parked my Sentra, tossed my blazer in the back seat, stepped towards the edge, and looked down. The roar of The 405 slipped away, replaced by the sound of a briney, Pacific breeze. The city was cast in the gauzy veil of dusk. Everything looked still from above as ten million Angelinos and I settled into a cool, spring night.