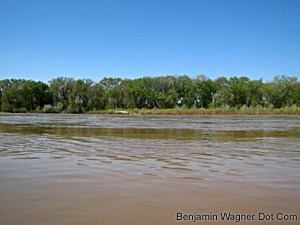 The Rio Grande River descends some 13,000 feet over the course of its 1885 miles journey from Southern Colorado to the Gulf of Mexico.

I’ve crossed this, the third largest river in America, at Interstate 25 in Albuquerque, New Mexico, twice — on the return leg of my first cross-country road trip in 1990, and on my way home from my post-collegiate vision quest in 1993 — but never paused on her shores.

And while it wasn’t the wide, reed-lined banks that drew me here this some fifteen years later, somehow her patient, lumbering journey to the sea said it all.

Sebhat Alexander Browne and I were not fast friends. His family had moved to Devon, Pennsylvania, in 1980, one year prior to mom, Chris and me. He was pals with my next door neighbor, a spoiled, named RP. Initially, RP, his pal, Will, and Sibby taunted mes (though, even then, Sibby seemed to do so reluctantly and with little enthusiasm).

I wasn’t catching much slack as the new kid more interested in Top 40 radio than Little League baseball, more likely to sport a lavendar Izod than a Philly’s jersey, and more likely to watch MTV than ESPN.

I don’t remember why it all turned, but I remember it was in the back of the schoolbus on the way home from school. RP crossed some sort of boundry, and Sibby and I aligned. We’ve been best friends ever since.

So when Sib hauled ass to both my bachelor party in Breckenridge and my wedding on Bray’s Island, I pledged to make good on my longstanding promise to see him in his native environment.

Southwest #2956 touched down right on time at 4:35. Ten minutes later, I was tossing my garment bag in the backseat of Sib’s Subaru Legacy alongside soccer balls, orange cones, and collapsable goals. Sibby was tanned, his laugh lines pronounced from 36-years on the pitch. Otherwise, he was just as I’d’ left him in South Carolina.

Sibby, his younger brother and sister, Marcel and Kathryn, live in a neighborhood near downtown called Barelas. Their cozy adobe duplex is across the street from the zoo, and just a a few blocks from the river. Sibby coaches soccer for the Rio Vista Football Club. Marcel works in environmental planning. And Kathryn is studying to be an RN.

The three of us spent the weekend lazily catching up. We shared some great pizza (Il Vicino Pizzeria), hoisted a few pints at a pal’s new brewpub (Marble Brewery), sampled local cuisine (El Patio). I caught a few minutes of Sibby coaching. And Marcel and I logged a few miles along the river. 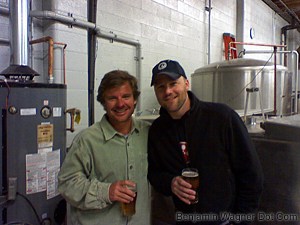 The four of us slipped easily into conversation. In fact, it turned pretty deep, pretty quickly, which happens when you have a twenty-five year history. In most ways, we might as well have been fifteen-years-old again (except that Marcel would have knocked out five miles far more easily then).

I felt a little like a fish out of water, sure. Everything I saw and everyone I met was living what I guess people call an “alternative” lifestyle: homeopathic medicines, composting, meditation. I guess they’re alternatives to Big City Capitalism, which, I guess, New York City epitomizes. Kathryn teased me for taking over a countertop to create a charging station for my laptop, iPod, Blackberry, cell phone, and GPS watch. And for good reason.

But those values aren’t so lost on me that I felt completely out of place. As I told her, “Hey, remember who fasted for four days and had conversations with wild animals and dead ancestors when he was nineteen.”

I may be an over-caffeinated, hypomanic, New York media executive, but I appreciate wide open spaces. I lived in the San Juans. I’ve climbed Mount Ajax. I’ve seen the edge of the earth from above.

Those values, though, don’t manifest sufficiently in my daily life, and there’s some loss in that. Not just the mountains or the meditation or the medicine, but the tight-knit community; Sib, Marce, and Kate knew people everywhere they went. They’re connected to their community in a way I envy, and appreciate.

This morning, Sib made me pancakes, then — on account of my twitchy, pre-flight anticipatory anxiety — drove me to the airport far earlier than necessary. You can see planes landing from his front porch, so the commute took seven minutes. Security took ten.

And so I typed him a quick note from the gate.

As predicted, I’m at gate with :20 to spare before boarding. Which, frankly, gives my nerves time to settle prior to the flight, and my courage time to build prior to slipping back into VP mode.

Thanks for opening your home to me, my brutha’, for playing host and showing mes ABQ’s best. I leave rested, relaxed, and grateful that I can connect places and names and smells with your world. You’ve built a great one here. I’m psyched for you. And I’m psyched for your heart, which seems happy, healthy and hopeful.

“Keep dreaming big. And keep making that push towards that Great PBS Frontline in the Sky.”