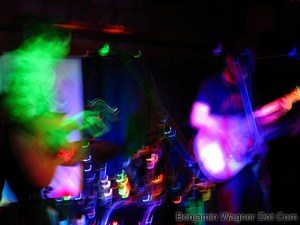 I’m not sure it’s the Xanax, the exhaustion, the altitude, the soundtrack, or the odd, suspended-animation of transcontinental air travel, but something’s going on here.
Suddenly, I feel immensly blessed.

Sitting here in my exit row seat next to the galley soaring some 33,000 feet above the sun-bleached desert southwest, I feel like I’m in a deleted scene from “Donnie Darko.” There’s a convergence of some sort unfolding in slow, glowing motion. I don’t know how, exactly, but all of the disperate threads are coming together. I’m finally cracking up to what — to who — I’m meant to be.

The last fews days have been for the record books.

So the three of us had lunch. Which was kind of perfect. Katia’s struggling with her burgeoning filmmaking career (not to mention New York City’s apparent lack of authenticity and integrity). Jason’s struggling with breaking his band through to the next level. And I’m struggling with, well, yunno, some of the same things. We sat in Bryant Park a while commiserating (or empathising) and taking in some sunshine.

After work, Jason, his producer/A&R pal, Jimmy Landry and I sat met at The Mean Fiddler (where The Nadas had originally been booked to play) talking about the collapsed state of the music business (more theft, less sales). We sat a while commiserating (or empathising) and taking in some beers, then walked through golden hour light to my apartment where I packed (assuming I wouldn’t have much time to do so after the gig and before my car service), and sprinted out the door.

Jason, Jimmy, Abbi and I walked into Hill Country — a Texas-style BBQ joint that has music mostly as an afterthought (or, as corporate types might say, as “added value”) — around nine o’clock. The place was packed upstairs and down. Front man Mike Butterworth, bassis Jon Locker, guitarist Ross VanderWerf and drummer Ian Shephard were already setting up amidst dense rows of picnic tables populated almost entirely, it seemed, by graduates of the collegiate Greek system.

I recognized the soundman, Ian, immediately; he ran sound at Arlene Grocery for years. I cut my teeth there in the ’90s. Like most New York venues, it’s churn and burn. Any given night features eight completely-disperate bands ushered on and off stage in rapid succession. Hill Country, in contrast, hosts one band for three sets. Should be easier to manage then, right? This night, anyway, found Ian as frazzled — or maybe drug addled, it was tough to tell — as ever. Whatever it was, he seemed confused, and not terribly interested in figuring out who was playing what when.

Which only compounded the general sense of chaos around the gig.

Not surprisingly, our souncheck — linecheck, really (in other words, plug in and go) — was harried, slapdash, and confused. Drummer Ian has a strict no-sharing policy (which, much as I love him, I gotta’ say stuck all of us as kinda’ uncool) that left Ryan incredulous. Worse, his kit took up 2/3 of the stage, leaving Ry Ry little room to set up his cajone. And so, as Chris and Tony got levels, Ry and I smoothed that out.

And then, suddenly, we were on.

From where we stood, the show was something of a train wreck. The sound was beyond muddy. It was just a mess. I could hear my guitar — bright, brittle, aweful — only when I stood immediately in front of the monitor. I couldn’t hear Chris, who couldn’t hear anything. I could hear Ryan, though, who was kicking ass on the cajone, rockin’ out like he had something to prove (like, say, that he don’t need no stinkin’ drum kit). Above all, all we heard was frat boys and sorority girls laughing and yelling over us. And all we saw was people shoveling meat into their mouths.

And the Chris broke a string, and I forgot a chord, and Tony hit a bum note and…

So our brief set ebbed and flowed. I smiled when I spotted Rachel taking photos. I smiled when saw Abbi dance and cheer. I smiled when I caught Jon video taping. Then I frowned when songs ended to a smattering of applause. At certain points, though, I relinquished all thoughts except one: “Fuck it.” Which is when I decided to play “Wonderwall.” For ten minutes.

Funny thing happened when we stepped off stage, though. Jimmy Landry — real, live, actual A&R (artist and repertoire) guy for a real, live major record label (Capitol) said, “I don’t know how you do it all, man. That was a great set!” Which prompted the question, ‘What the hell do I know?’

The last thing I remember is walking west on 26th Street with my guitar over my shoulder, my wife on my arm, and my brother and The Nadas loading the bus in my rear view…

There was a box on the table when I got home from work Friday, a copy of the Warren Zevon biography, “I’ll Sleep When I’m Dead,” I’d ordered from Amazon. When the singer/songwriter was diagnosed with terminal lung cancer in August of 2002, he issued a press release, granted some interviews, and began writing one last record, “The Wind.”

I’ve been reading it between bouts of nausea and deep, dreamless naps.

“Warren was keenly aware,” his friend, author Carl Hiaasen writes, “that, in rock and roll, death is often a career boosting event.”

“This could be a real Steve McQueen fuck story,” Zevon told Hiaasen after his diagnosis. “I’ve been writing this part for thirty years, and I guess I need to play it out.”

I’m not dying (though I think about it when I fly). But then, we all are, all the time.

I guess we’re all playing it out together.